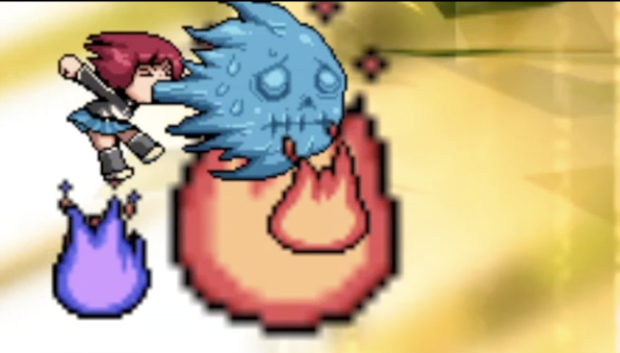 I’m still a little unsure about the Scott Pilgrim movie. I love the creative team behind it, but seeing the comic’s characters in live action just looks wrong. Just as a live-action Charlie Brown movie probably wouldn’t work, this live-action Scott Pilgrim thing may not sit 100% well with me.

The Scott Pilgrim videogame, on the other hand? That’s a lock, on basis of the creative team alone.

The game will follow the storyline of the comics, and will retain the same iconic character designs found there as well. The big news is, Paul Robertson is working on the game. We here at Destructoid have been semi-obsessed with Mr. Robertson‘s work for going on three years now, so to see him finally attached to a (hopefully) big-name game is incredibly exciting. Just watch these videos if you need proof that Paul Robertson is the perfect match for this game.

We don’t know what console (or hopefully, consoles) the game is headed to yet, but that doesn’t really matter. Even if this ends up being a Wonderswan Color exclusive, I’m buying it day one.