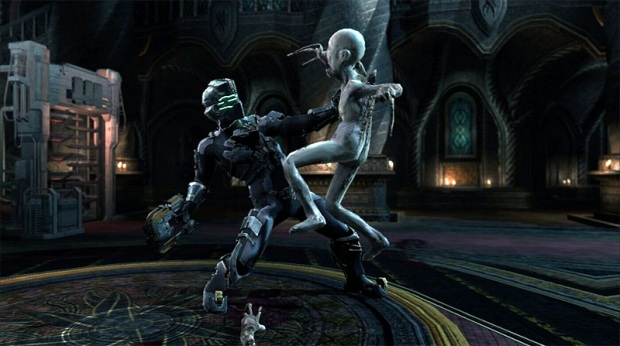 Those jerks at PAX East are certainly a lucky bunch. Not only are they hanging around with tons of other gamers while partying it up, they also got to see the first footage of Dead Space 2 (Dead Harder). Thankfully there are cameras everywhere and they captured the gameplay for us — all 30 seconds of it.

The action starts at 23:50, but you can catch most of it at the beginning of the video as well. I can tell you it sure looks pretty, and if that short clip is any indication they’ve definitely amped up the action a bit. Watching through the entire panel they seem to be doing a lot of interesting stuff with the game, but as long as I can still chop up a Necromorph into tiny bits I’m good to go.