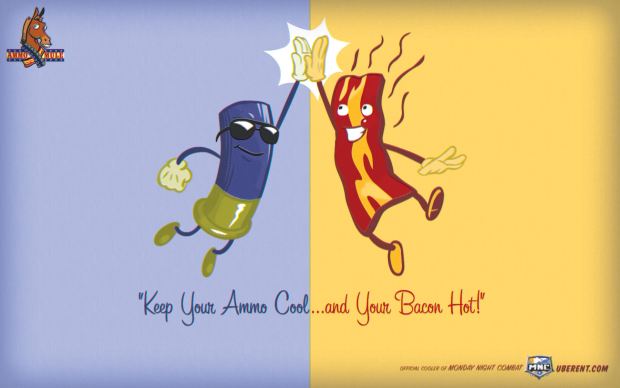 Monday Night Combat has been tickling us just right with its quirky Team Fortress 2 style commercials and trailers, but we haven’t had a chance to really see it in action. For those at PAX East the chance to play it (and possibly win some bacon flavored mayonnaise) is in booth 417, but for us at home the above video will have to do.

The video shows off “Crossfire,” which is a six-on-six game where both teams attempt to advance their army of AI controlled robots to the other team’s Money Ball. The first team to destroy their opponent’s Money Ball shields with their robots wins. Of course both teams will also be upgrading their defenses and characters in the midst of battle, so it sounds like things could get tricky.

How about it, PAX attendees? Been over to check out the game yet? And if so, what does bacon flavored mayonnaise taste like?