We each had one whole pie that we needed to chow down on and a audience member (who was bribed with prizes beforehand COUGH COUGH!) had to judge who the ultimate winner was. Just like last time, Paul managed to beat me by a mouthful.

Paul definitely deserved this win as I learned later in the night that he actually threw up as he was eating. Twice. He somehow managed to not let anything escape his mouth though and kept plowing throw the strawberry cream pie like a champ.

Congratulations, Paul. You won fair and square this time despite all the pain the pie was causing you! 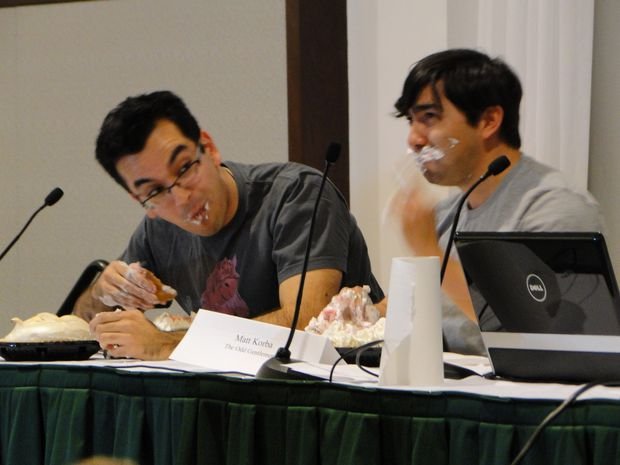