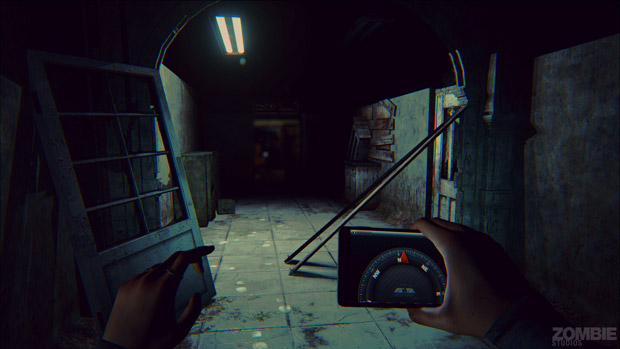 When gamers argue about whether or not a game is survival horror, they tend to focus on the scares. Jump scares are a particular bone of contention because they can be effective only a few times before they get predictable. The forthcoming title from Zombie Studios, entitled Daylight, hopes to solve some of that predictability by introducing procedural generation to the equation so that players aren’t going to experience the same game twice.

Starting in an ever-present safe room, creative director Jared Gerritzen showed me a freshly created maze of rooms in which a player would explore. Lit by a smartphone flash, a player will have to navigate a dark and dank atmosphere with the advantage that’s different every time you play. “I never know what I’m walking into,” Jared explains, “and the whole idea of it is that it’s a maze… kinda tapping into that [desire of] wanting to be scared.” 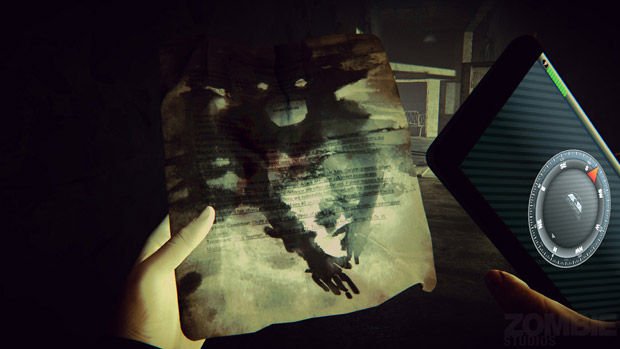 As Jarred was guiding the character through the abandoned building, there were some scares that showed what the game has in store. Whilst walking up to a door, some planks of wood that were lying on the floor suddenly sprung up and barricaded the door.

It was a totally random event but unfortunately it happened three more times in quick succession. Jarred had praised the work that was able to be automatically done with Unreal Engine 4’s flexibility, but I asked if there was a battle for authorship with the game?

“It’s an interesting and a very big pain in the ass to deal with,” says Jarred. “It’s almost like the engine’s haunted! We still have checks and balances that hopefully help; we’ve been using it and it scares us when we play. We did the math on the amount of rooms and the algorithms that they’re using and there’s a billion different ways it can play. A lot of this clutter [and] events are all procedurally generated by UE4… and so when it generates, it makes the maze and the engine populates the world.” 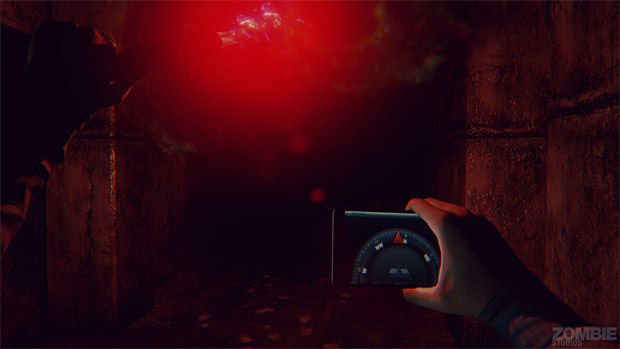 So there’s unlimited ways to experience Daylight and there’s designs in place to still maintain some sense of pacing and authorship, but Zombie Studios is looking to Minecraft and YouTube for inspiration as well. “We’re very aware of YouTube, we’re very aware of all the people playing games and recording it over and over again. So we really want to get that replayability being a major factor of the game.”

Considering how quickly updates can be delivered through Steam, Daylight can deliver a different experience every time you play it potentially for months to come. Although this was an alpha build and was being shown on the PAX East convention floor (a less than ideal environment for a horror title), I can see the potential in Daylight.

This was no more evident than when Jarred was talking me through the game only to turn around into a phantom that immediately attacked him “Ah fuck! Oh shit! I wasn’t expecting that”… a game that scares and surprises its creators even after six months of development is a good thing.