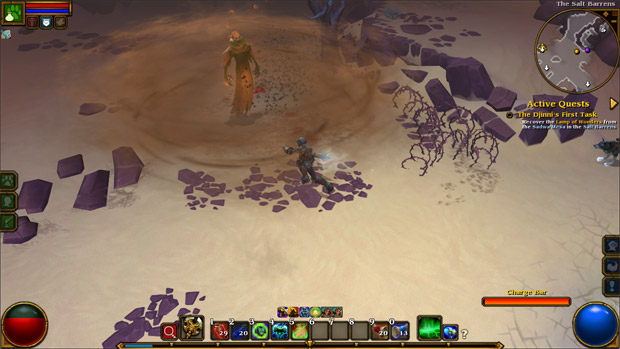 One last look at the action-RPG before launch

Confession: I never did finish the original Torchlight. For whatever reason, the game failed to grab me — maybe it was the pacing, the lack of co-op support, or something else entirely. Whatever the case might be, I’ll finish Torchlight II. It’s come together nicely and feels like a true sequel, to the point where I had completely forgotten that Runic Games is only asking for $19.99 come September 20, 2012.

While getting some hands-on time at PAX, Runic president Travis Baldree recapped many of the changes and additions that went into Torchlight II, both big and small, from the reworked impact of animations to the varying amounts of splash damage associated with attacks. Long story short, the end result is a game which just feels right — an absolute must for click-heavy titles like action-RPGs. This is not merely more Torchlight, it’s better Torchlight.

What stood out to me the most was the combat. Not only did it seem more fluid, but the actual number of creatures — which have some ridiculous, awesome designs — seems to be noticeably up. I wouldn’t say my Engineer was overwhelmed, but it came close a few times, seemingly right at the sweet spot between gameplay that is either unexciting or overly difficult.

What’s happening after the September release? Runic will focus on getting the mod tools out in the coming weeks, and there’s also the Mac port to look forward to. While not necessarily a huge deal, Baldree did mention that Steam Workshop will be supported as well. With Diablo III disappointing some players, there’s been a lot of pressure placed on Torchlight II. The wait looks to have been worth it.