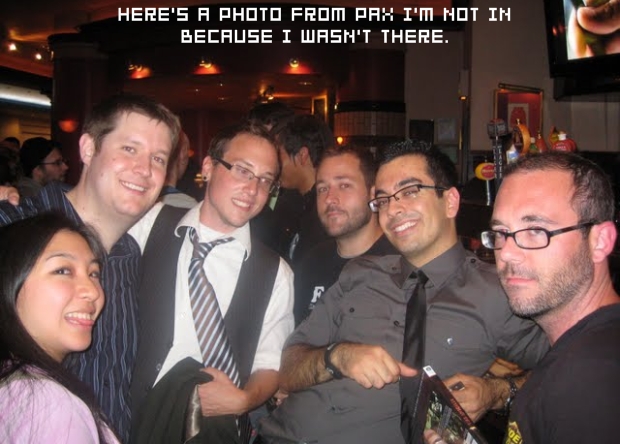 I wasn’t at PAX, a fact that anyone reading the site last weekend could probably pick up on from my not so subtle hints. However, a lot of people were at PAX — it did sell out after all. Unfortunately ConSARS also decided to rear its ugly head in the form of H1N1, and because of this it took the good PAX people a bit longer to release the official attendance numbers. We have them now, though, and if you were there you were amongst 60,750 other gamers. Not to mention the badassness that is the Destructoid community.

This number isn’t that big an increase over last year’s 58,500 people, but there was a cap on the amount of people who could fit into the convention center. Robert Khoo, of Penny Arcade, says that they’re hoping to be able to squeeze even more in next year thanks to some construction going on around the Washington State Convention Center that should open up more room. Of course if you’re like me you could care less about that because next year PAX is finally coming to the East Coast when it lands in Boston, where we’ll show everyone how a real gaming convention goes.

Oh, snap! It’s on West Coast. You been served.