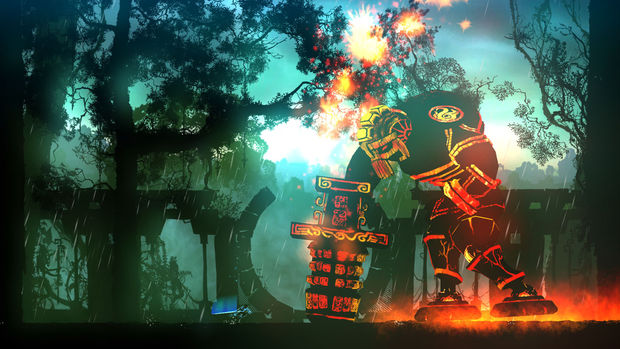 Outland was first presented to me as a kind of consolation prize. I had an appointment to see Child of Eden, the one and only Kinect title I could give a rat’s ass about. Right before my date with the game, I got a sheepishly performed “Oh, Child of Eden? Yeah, we’re not showing that anymore, but you could check out Outland? That’s a new game we just announced today?” break-up call.

Her unnecessary question marks were not reassuring.

I went into the game not feeling too positive. By the end of the eyes-on presentation, I was pretty much in love with the game. The level design, the art direction, the Ikaruga/Metroid infused gameplay, the Patapon + Shadow of the Colossus bosses, all top f*cking notch.

As usual, I made the developer of the game a little uncomfortable, though I like to think that my enthusiasm for his work grew on him by the time things were over. Check out the video and judge for yourself.