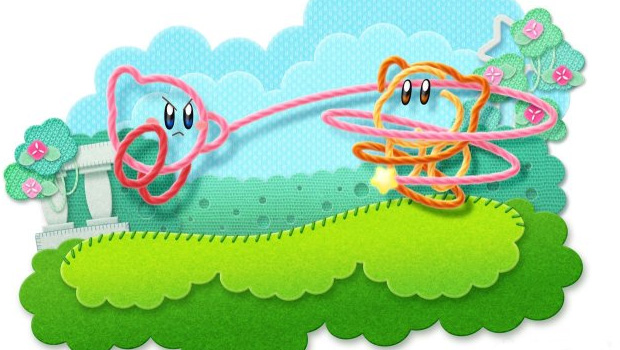 After what has felt like an eternity of waiting, I have finally gotten my hands on Kirby’s Epic Yarn during PAX Prime. Both myself and the esteemed Jonathan Holmes took on the roles of Kirby and Prince Fluff for some co-op patchwork antics. So, here’s the burning question — has Nintendo just been stringing us along?

The answer, from what I have played, is no. Kirby’s Epic Yarn is an absolute delight. It’s not a challenging game (losing points rather than dying is the penalty for getting hit by enemies) but it’s a game that just makes you grin from ear to ear. The co-op works surprisingly well, with Kirby and Fluff throwing each other around the screen and even combining to form ludicrous gestalt tanks that fire rockets and big fists.

One thing that I really must emphasize is just how gorgeous this game looks. I’m not even going to say it looks good “for a Wii game.” It looks good, period. The wonderfully bouncy animations, the effects of the scenery being ruffled and pulled, and the beautiful bright colors make this a complete visual treat.

This game is simply lovely. Fun and varied gameplay, adorable characters, and surprisingly appealing graphics makes this a definite Nintendo game to watch. I have a feeling it’s going to make gamers of all ages smile.