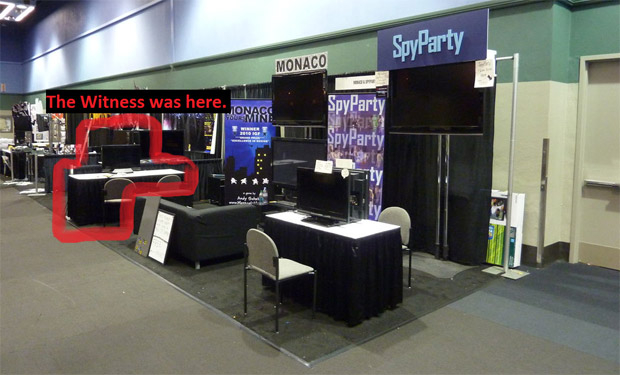 Braid designer Jonathan Blow and his new game, The Witness, were at PAX Prime. Chances are pretty high that you didn’t play it, though — it was tucked away in the booth for SpyParty and Monaco without any sort of labeling.

I must have walked past The Witness a good thirty times, but there was either someone already occupying the station or I was in too much of a hurry to stop and play. Over on his blog, Blow talks about wanting to take away the pressure that comes with the convention atmosphere.

“I didn’t want to give them any reason to think that this was a good game, or was by any designer they might have heard of,” he writes. Thankfully for us, Kotaku’s Stephen Totilo was able to capture footage of The Witness, which looks — as you might expect — very intriguing, even in this early state.