After my first experience with TERA at gamescom a few weeks ago, I went from “meh” to “I wouldn’t mind playing this”. Read up on the core mechanics here if you missed it. To see how the game has progressed, I gave it another shot at PAX Prime. After all, I only played it with a mage-type character and only for about half an hour. Luckily, they had some more characters for me to choose from and more importantly: a wired 360 controller!

TERA is supposed to be playable with both mouse and keyboard and a controller, so what better way to try to act like it was a console hack & slash game with a controller and a non-tank melee class? Check out the video below, and read on for my impressions.

There is sadly no audio in this video, so don’t bother fiddling with your speakers.

We started the session with a developer playing a healer who can cast area-of-effect healing spells. The spell lingers, so if you miss the initial cast, you can still walk into the spell effect and get a moderate amount of healing. That also takes care of the “do I have to point and heal?” issue some of you raised before. The Mystic class can also heal, although they aren’t fully disclosing information on that class until a later date. So: no shortage of healers.

My character was a Berserker: a melee class focused on dealing damage but not necessarily the strongest in terms of health and armor. We had a tank, an Archer, and some other class I missed the description of while trying to work my head around the controls.

While the mouse and keyboard controls focus around two primary attacks mapped to the mouse buttons and the number and F-keys for other skills, items and buffs, the controller maps the X and B buttons to the two primary attacks. The Y button is for interaction, the A button is for jumping, the Left Trigger is for blocking and the Right Trigger was pre-mapped to a charging attack that dealt the most damage of the available attacks. The left and right bumpers were mapped to quick recovery and dodging jump moves. Finally, the dpad had the F1-F4 keys mapped to it. 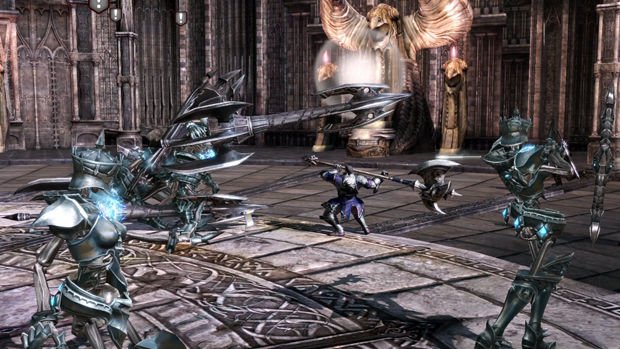 Walking around with a controller felt familiar enough, so I decided to play it like an MMO version of Dynasty Warriors. While a developer directed our party over the headsets, it mostly involved the melee classes going in first and not dying. Easy enough, so I just ran in and mashed X for standard attacks and B for an overhead swing. Dealing melee damage increases a mana bar a la World of Warcraft’s Warrior rage bar, but TERA‘s bar contained more points and decreased at a slower rate.

For me, the basic gameplay in the play session consisted of filling this mana bar and then charging your power attack with the Right Trigger. However, sometimes you would still be in the swinging animation of an attack or the trigger wouldn’t instantly start the charge. Because you play it with a controller, it’s easy to want to mash buttons and then expect the trigger to work instantly. That didn’t exactly work here because you still have to take the time for each action into account.

While you can work your head around that by more exposure to the gameplay, there were still a few basic controller issues. Going from standing still to walking in the direction you move the analog stick into sometimes made the character run forward or just not the direction you moved towards. There is also no zoom-in/zoom-out mouse wheel option to use on the controller, or none that I could find at the time.

Another issue was blocking. As a melee character you are supposed to block incoming attacks. The blocking sometimes didn’t register when pressing the Left Trigger. Or if you start blocking, it was sometimes a bit of a hassle to get out of the blocking mode. Once again that is probably something you can work your way around by playing it more, but it didn’t feel as responsive as something as, say, Devil May Cry. I couldn’t see what was actually an enemy’s attack or just a character or charging animation either. At least, not before I got hit. So I just decided not to block any smaller enemies and just to dish out damage like there was no tomorrow. I was probably the worst Berserker ever. 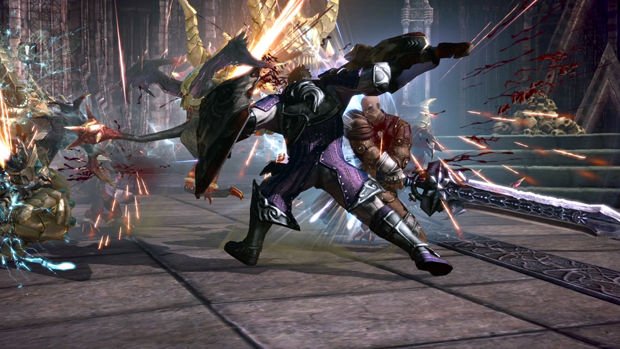 In fact, while it was easy enough to mob enemies and use the charge attack to demolish groups or single enemies from behind, I managed to die in the dungeon’s boss because of my console ways. Luckily the healer could resurrect me in battle and not all was lost. To be revived, I had to select ‘Yes’ in a “Do you want to be resurrected?” dialog box that appeared, which struck me as something that would be annoying if you are playing it on the couch with the controller. Or maybe that was just easier for him to do than to say: “Select Yes and press A”.

Overall, the controller controls could probably use some fine tuning. I’m sure playing the game more will help you become more familiar with the timing of your class’s attacks. It will probably depend on the class you are playing with as well. And other than the few responsiveness issues, it worked almost as well as mouse and keyboard controls; just not nearly as well for someone who grew up on PC gaming. At least it’s an option if you want to play it that way. But still, if you give me a controller I am going to mash the shit out of the buttons regardless of how the game works. No wonder I never got high scores in Bayonetta…

A final issue I had with TERA is not really the game’s fault. I sat pretty close to a big monitor and had to take effort to look down at my skill icons to see if they recharged. But because TERA is a much more action oriented game than most games in the MMO genre to date, you find yourself focused on your character rather than your skill list. This lead to a continuous battle for attention between the focus on directing your actions and maintaining situational awareness, and keeping an eye on the interface for feedback on health and recharged skills. 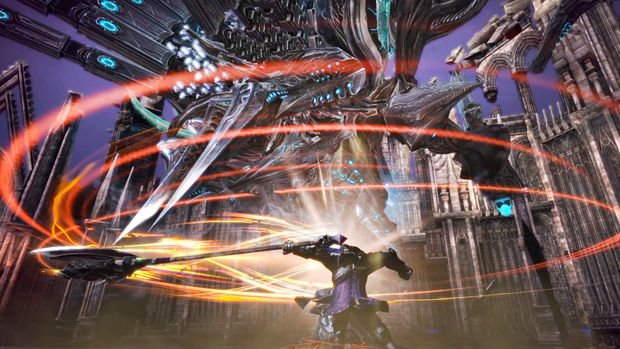 So in a way, in that particular setup, the game’s focus on making the action more immediate and feel more visceral distracts it from the traditional MMO roots of focusing on your skills while keeping the environment more in your peripheral vision. A customized interface that puts the important information around your character should easily overcome that issue though.

While I was not terribly impressed with the how the controller handled right now, the experience was still fun. The graphics and artwork looked a bit better than in the gamescom underground dungeon. Fighting your way through mobs with a party looked great as well, with a lot of skill effects eye candy leading to the near-instant decimation of the smaller mobs.

More importantly, it didn’t feel like managing the party would be a huge hurdle; something that could be a big issue with pick-up groups in an action-oriented MMO. As long as the melee classes know to hold the line, go in first to maintain aggro and have the ranged and healer classes behind them, it works easy enough. Having the healer do area-of-effect heals helps a lot too. So the “stick to your role” method I remember from WoW should work as well here. Then again if you play WoW you probably know it just depends on how smart or retarded your random team mates are, or how willing they are to listen.

Overall TERA still feels like a lot of fun. While it’s not exactly an action game with multiple players, it made me feel more into the game than the mostly detached feeling I had when I played WoW. From the combined experiences, it also seems like it’s a game that is more split into separate dungeons for larger Region-based quests than multiple hour long instances. 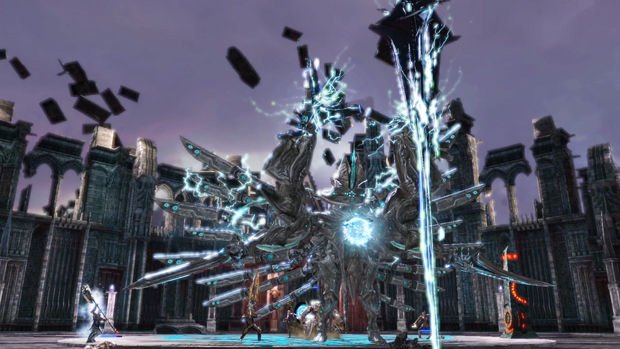 The dungeon we played at PAX Prime was part of a larger story quest, but one I of course couldn’t care too much about when you only play it for half an hour — I suppose that is one of the results of having the attention span of a baby sloth. The relatively short dungeons also help if you don’t normally have the time to play MMOs after you get off work or something. Even in the overcrowded MMO market of 2011, I can still see TERA work well.

It might have to compete for available play time with Cataclysm, the new and improved Guild Wars 2, and the far from ready The Old Republic. But at the same time, it’s also a game you can probably easily play side by side with another MMO if you are a fan of the genre. Hell, I could probably play it without it ruining my life alongside the singleplayer games I usually play. Unless I would put in the effort to learn the controls better with a controller though, I can’t see myself moving away from my PC desk.

We’ll see what it all ends up like when the TERA goes into beta and gets its release in 2011.