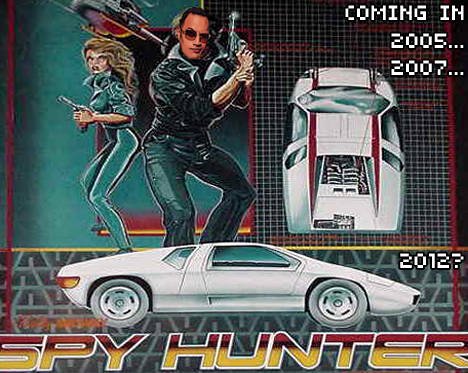 Paul W.S. Anderson, director of extraordinary films such as Alien vs. Predator, Resident Evil, and Event Horizon (one out of three ain’t bad) seems to have abandoned what could have been his Citizen Kane. Sources have revealed to Latino Review that Anderson is no longer involved in the adaptation of Spy Hunter.

The film, first announced in 2003 after Midway’s successful relaunch of the franchise, has been more or less in limbo from the very beginning. As of now, there have been four changes in screenwriters and, counting Anderson’s rumored departure, two directors.

The way I see it, this is a “good news/bad news” situation. It’s looking less likely that we’ll have a crappy movie based on Spy Hunter now that Anderson is gone, if the movie is ever made at all. The downside to this is that we had an inkling of what Anderson’s next travesty might be. Now, he could be anywhere, doing unspeakable things to other games with actual potential to be decent flicks.