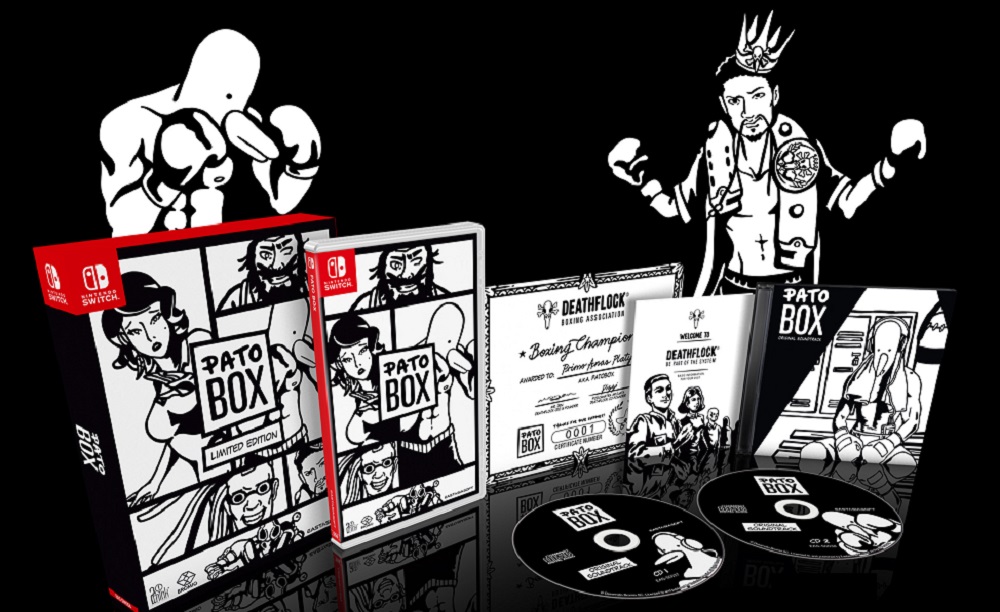 Back for one more round

It may be the end of the road for the PlayStation Vita’s hardware production, but that isn’t going to stop Sony’s handheld from grabbing a few more releases on its way out of the door. Case in point, Bromio Games’ surrealist adventure title Pato Box, which is getting a physical edition for both the PS Vita and Nintendo Switch.

For those of you who missed it last year, Pato Box tells the story of a fallen boxing champion who takes his double-fisted vengeance to the mega-corporation that ruined his career and left him for dead. Oh, also, he has a duck’s head. Anyway, Pato must fight his way through a series of pattern-recognition boss battles, in gameplay that recalls the greatness of Nintendo’s Super Punch-Out!!

This all-new physical release – published by indie outfit Eastasiasoft Limited – will include the game itself, a full-colour manual, a double CD of Pato Box’ excellent soundtrack and a collector’s certificate. Pato Box will be made available exclusively through retail site PlayAsia, who will be taking orders from March 7.