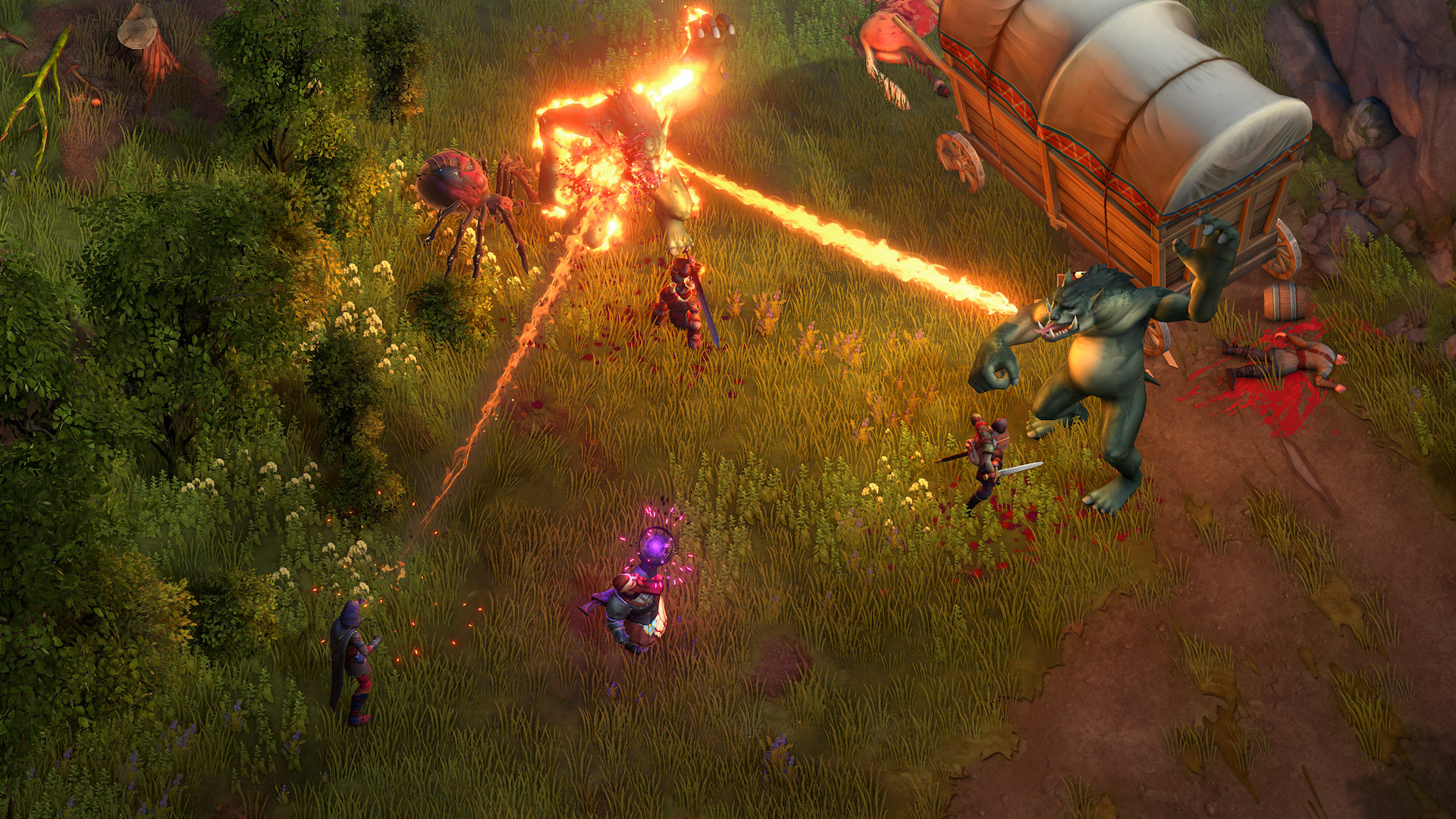 Behold the king; the king of kings

All I want from a modern Dungeons & Dragons video game is a virtual approximation of the tabletop role-playing game. We already have hack-and-slash games, we already have dungeon crawlers, that road has been well-tread. I want a god damn D&D game; a sprawling, epic campaign with plenty of dialogue and a veritable spreadsheet of numbers hovering over me like a mathemagical Sword of Damocles.

So, hey, good news. Pathfinder: Kingmaker might not be an exact 5e Dungeons and Dragons video game, but it’s close – it’s a Pathfinder video game. You know Pathfinder, that old standby of tabletop fans who never really let go of D&D 3.5. Pathfinder is to D&D what ARMA was to Call of Duty, in video game terms.

But while D&D is out here remastering old video games and enjoying the tabletop renaissance, Pathfinder is going after the interactive entertainment market while the CRPG iron is hot. Kingmaker plays fine, and it has many of the underlying systems I’d want from a tabletop adaptation, I just don’t know if the full game will be able to hang with actual Pathfinder or the other Kickstarted CRPGs floating around.

Kingmaker reminds me of Fable 3, which is normally an unkind comparison. You’re a Baron or Baroness who will eventually rise to the rank of King or Queen, and you’re the kind of ruler who likes to get their hands dirty. It’s like Harrison Ford in Air Force One! You can either choose to make each decision yourself, or appoint a leader in absentia to make decisions in your absence. That leader’s alignment (Chaotic Good, Lawful Evil, True Neutral, etc.) will determine the kind of choices they’ll make. The player’s alignment isn’t set in stone, on the other hand – your actions will shape your alignment as well, which affects your standing in the world and the kind of companions you keep.

During my time with the Kingmaker demo, I took more joy from solving problems and making dialogue choices than I did from any one combat encounter. Monster fighting is fairly standard – you click on things until they’re dead, with abilities tied to hotkeys occasionally making an appearance. You can control your party members directly, or just let the AI handle things, which seemed fairly viable. But there’s so much dialogue and flavor text out there to read, so if I end up playing the full game, I’ll probably spend most of my time looking for ways around the combat.

The “role playing” part of this role-playing game may not be as fluid as an authentic Pathfinder game, since the game is working from a set list of options rather than the (hopefully) limitless imagination of a Dungeon Master, but that set list felt deep and expansive. I don’t know if I could make the exact kind of Chaotic Good wizard I am perpetually drawn to in tabletop gaming (the kind who probably leans a little too “chaotic” for the group’s liking), but the Kingmaker demo led me to believe it was at least possible.

For as plentiful as the writing may be, those options won’t be as enticing if you turn up your nose at entry-level stuff like The Lord of the Rings. The writing in Kingmaker seems like above-average fantasy writing, so if you’re already down with goblins and dwarves, you’ll be sated. But like I said, there is a lot of content; this is a rare case of quantity making up for quality.

Although the breadth of content in the Kingmaker demo makes me think it might be able to mimic the fluidity of a tabletop RPG campaign, there’s honestly no substitute for the real thing. I once played a mini-campaign that climaxed with my character was fistfighting with stevedores while my friends helped a vampire get ready for an all-night rager. Even if that kind of content is in Kingmaker, the nonsense I cited was the result of the DM reading the room and shifting accordingly.

Good tabletop gaming relies on action and reaction – and there’s definitely some of that in Kingmaker! The game throws something at you, you react, it reacts to your reaction, et al. Kingmaker will be a fine substitute if you can’t get a bunch of players together. But if you have a way to play tabletop RPGs with other people (especially now that Roll20 is a thing) just do that. Kingmaker looks like a great RPG, but I left with a desire to play some tabletop RPGs with my friends rather than play more of this game. It’s fine on its own merits, it just reminded me of what I’d rather be doing with my time.