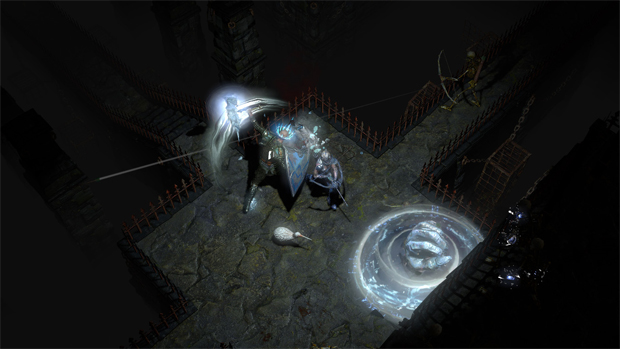 Grinding Gear Games’ free-to-play ARPG Path of Exile is a really good time. I’ve been enjoying the open beta for some time now, and lots of stuff is about to be added to an already content-heavy game. In what they’re calling “Phase 2,” more leagues are being made available beyond Hardcore, while new items, challenges, and balances changes are also being put into effect.

Anarchy and Onslaught leagues are being added, the former being a league in which NPC exiles will use player spells to kick your butt, and the latter being a lot like the already established Turbo races where everything just happens faster. Challenges are goals like “reach level 60 on each character class” or “use all currency items” that should help give the hardcore community something more to strive for.

New balance changes mean that players will rely much less on HP instead of armor, and underpowered builds have been given a re-balance. Players will receive a full single-use reset of passives since these changes could have mucked up builds pretty badly. There’s a whole mess of changes I haven’t even touched on, so if you’re interested, check out the official update page.