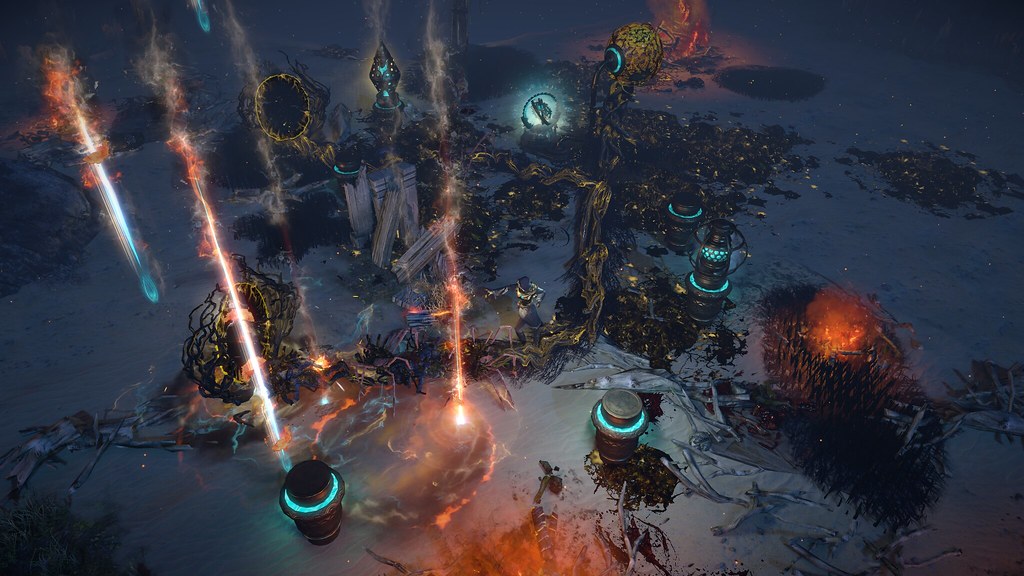 Path of Exile slowly earned the right to be constantly installed on my PC. Although the game did things right out of the gate in 2013 on PC, it didn’t hold my interest long term.

Over the course of the next few years developer Grinding Gear Games flipped that mentality on its head, offering up droves of free expansions (as in, major 100+ hour content drops) while keeping the game free. From there they expanded to Xbox One in 2017 and PS4 in 2019. It’s been a hell of a ride for them and it’s not over yet.

The next expansion, Blight, will arrive on September 9 as part of the quarterly update plan. As usual the meta is shifting and a ton of new content is coming, as well as the addition of a tower defense minigame that ties into the main story of destroying evil fungus: otherwise known as said blight.

More skills and items are also on the way, and the Necromancer Ascendancy class is getting reworked, with the Poison Assassin and Mine Saboteur earning new gems to allow for more build leeway. For all the endgame players out there Master Missions are changing, and the developers explain it best: “Where once you had to actively pursue a Master Mission, or permanently miss out, you’ll now be able to accumulate these Missions over time, being able to then play them at your own pace and on which ever endgame Map areas you’d like!”

Again, this game has been supported for nearly six years now and is still free-to-play without time limits or pay-to-win mechanics. Give it a shot if you remotely enjoy dungeon crawlers!