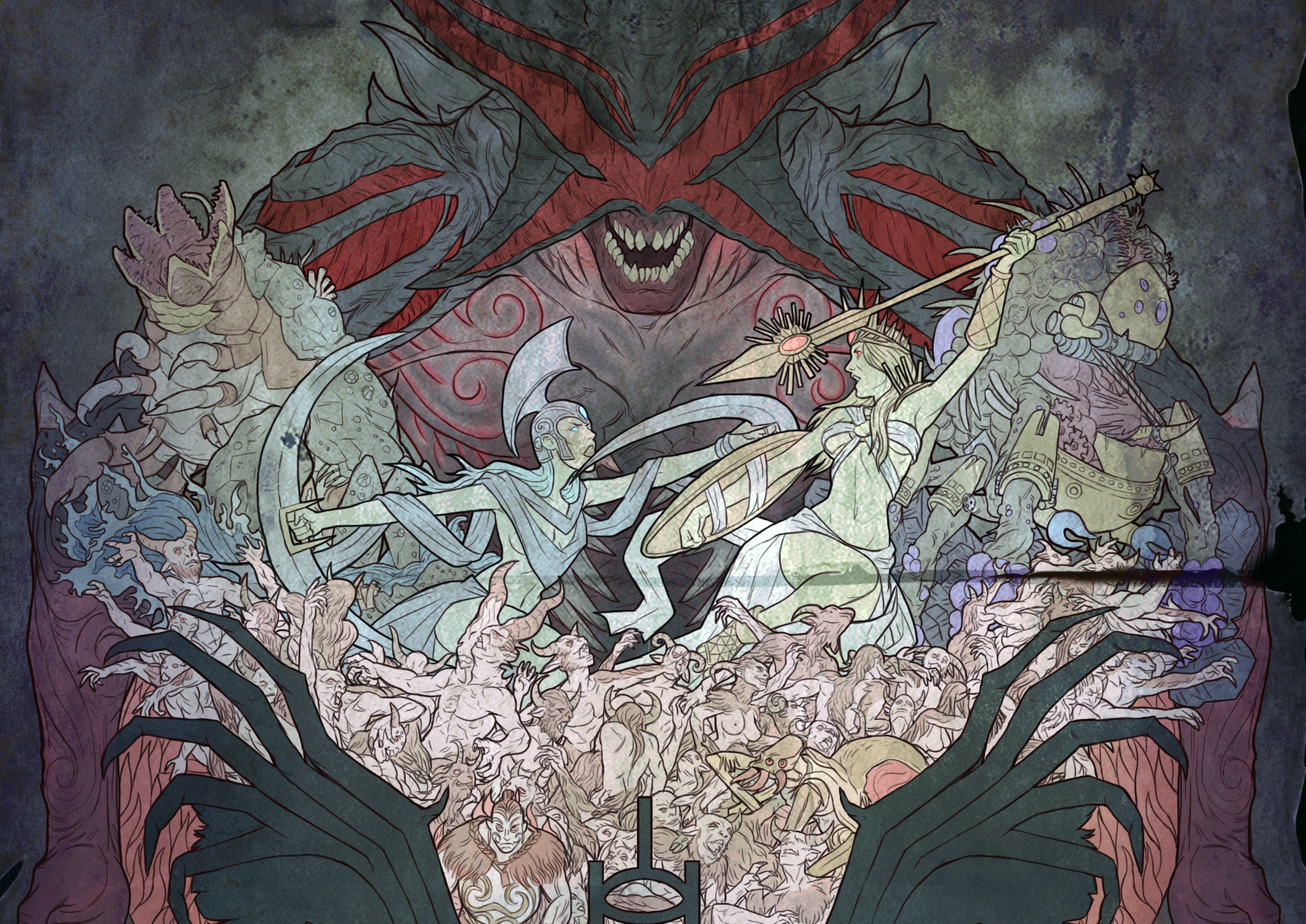 It took me several years to get into Path of the Exile in earnest, but thanks to the efforts of Destructoid community member Stormworm, I was brought up to speed very quickly. As it turns out I know a lot of Path of Exile diehards, they just all think that no one plays it, and don’t bring it up in casual conversation.

People should be talking about it more though, as it’s one of the best examples of how to do a free-to-play game right at the moment, and it’s a great tribute to dungeon crawlers of old like Diablo II. You also don’t have to pay for expansions like The Fall of Oriath, which I had the ability to test this past week.

Path of Exile has been trucking for almost four years now, and all the while developer Grinding Gear Games has kept it honest. The entire game is free, but you can opt to dole out cash for cosmetics, extra slots, and other sundries. It also has giant esoteric sphere-grid esque talent trees that must be carefully calculated as you constantly re-roll characters to try different builds, punishing difficulty levels, and an endgame based around randomized dungeons. While it doesn’t have the same polish as say, Reaper of Souls, it definitely has more to do.

That’s especially evident with Fall of Oriath, which adds six new acts to the game’s existing four. Act 5 (which is what I played, though the beta will have Acts 1-7) is the big draw as it features the homeland of the Templars, while the others are framed as storytelling devices that are impacted by your previous narrative choices (yep, Path of Exile has a few big campaign junctions that are fairly well done). The best part is that everything is remixed into a giant story with the standard difficulty settings removed, which in my experience removes a lot of confusion as to what’s “optimal” to play on. There’s effectively now a more obvious postgame that doesn’t have to be explained by another player.

Oriath itself is immensely important in the lore, as this expansion is a homecoming — it’s the city-state that’s responsible for the player’s titular exile at the very start of Act 1. There’s been a lot of buildup after saving the Wraeclast continent, and early on in Act 5 you get a decent amount of payoff. Rising out of the slave pens and beginning anew in spite of your savior status feels like an appropriate reset button, and a good way to set the tone for the rest of the narrative. 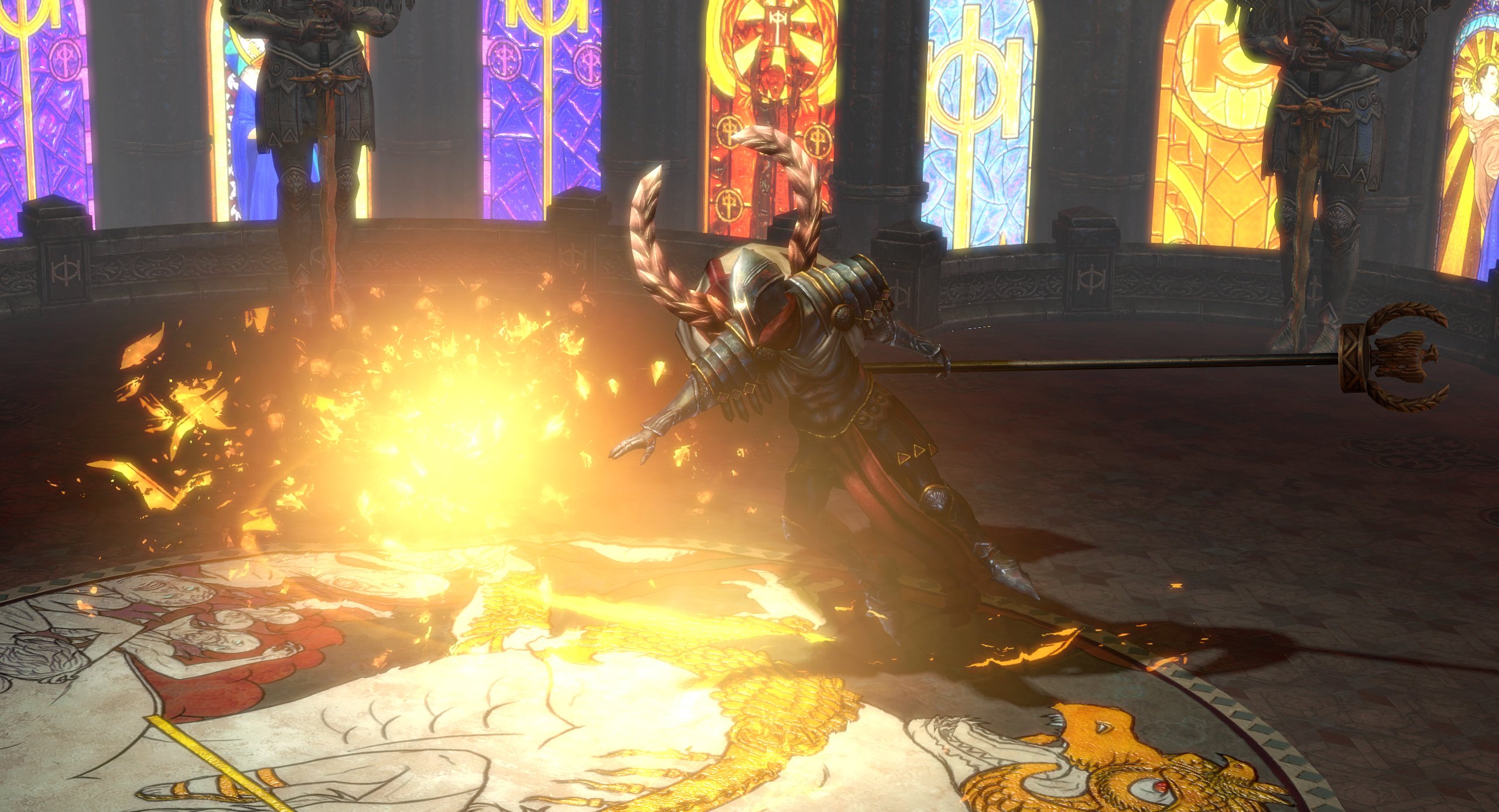 Path of Exile became increasingly grotesque and unhinged (in a good way) as each act progressed, but Act 5 is able to strike a balance with an air of sanguineness, without going over-the-top. Seeing bloody hands reach out of the caged floors as you walk is classic Exile, as is the explicit goal of revenge against the land that left you to die. Boss fights (including one with a High Templar) are still challenging and up to snuff, with familiar mechanics like bullet dodging, though I’m still not huge on the returning formula of periodic invulnerability breaks to shove droves of adds on-screen.

By the time Fall of Oriath rolls around you should probably give Path of Exile a whirl, as it’ll come with new items and another meta-leveling system that’s tied into the game’s deities in addition to the new acts. It’s so fine-tuned at this point that it actually dissuades me from getting invested in other dungeon crawlers, and since it’s extra hard to round up a dedicated Diablo II crew these days, this is the next best thing. An Xbox One port is also scheduled to arrive sometime this year, which will be hosted on a different realm.