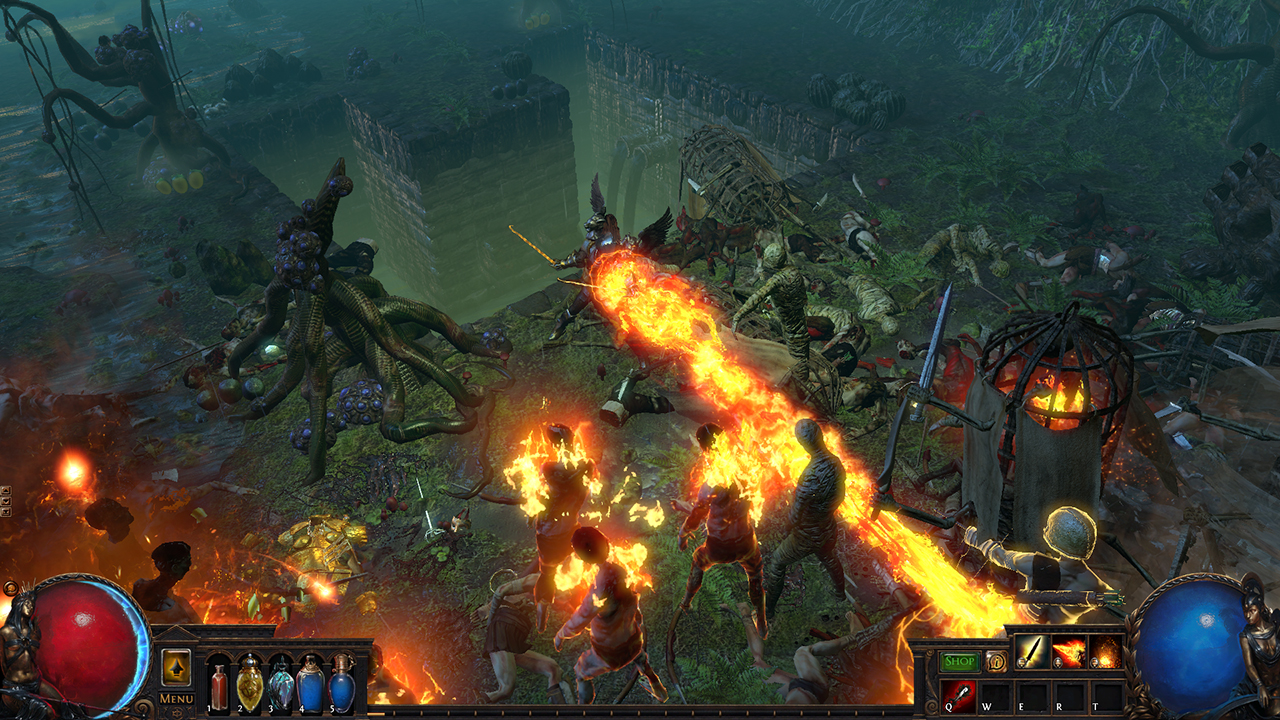 ‘War for the Atlas’

I recently got into Path of Exile in earnest thanks to a community member, and it was a blast. The new expansion that basically doubled the campaign helped, as will this new update, War for the Atlas.

It’ll drop later today, and will focus mostly on endgame, providing 32 new randomized maps and a storyline involving the Shaper and the Elder. It also introduces more bosses, items, necromancy skill gems (my favorite build), and the Abyss League.

As always, these expansions are free and included in the Path of Exile actually free-to-play base game. PoE has been wholly supported by cosmetic add-ons (outside of stash stabs which I’d argue are a little gameplay related — something I can easily deal with) for the past four years. It also just recently launched on Xbox One.