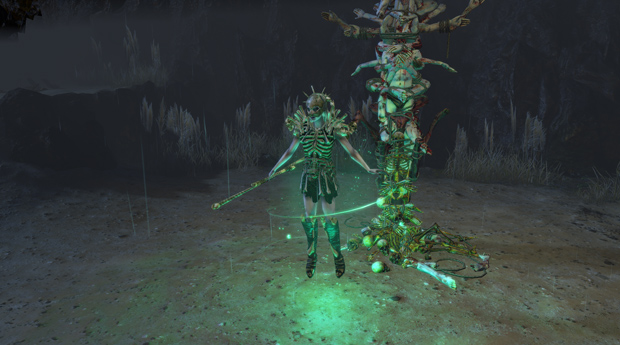 After updating your game to version 1.2.0 you will at times cross paths with the seven Forsaken Masters. Each Master offers unique mission variations that they either need your help with, or want to train you to handle: Haku the Armourmaster may ask you to cleanse an ancestral area and recover a lost Karui spirit for him while Vorici, the Master Assassin, will train you in his deadly art.

As you complete missions for the Masters you will earn reputation. There are eight levels of reputation for each and as you unlock them, you’ll gain access to more of what the Masters can offer you. From what I’ve read, the Forsaken Masters expansion seems pretty substantial.

If you’d like to find out even more about it, check out the game’s announcement page or the read up on the official patch notes here.

Noteworthy changes to the game include: