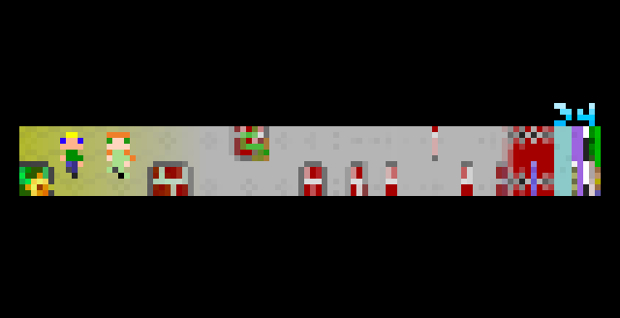 In an interview with Press Pause to Reflect, Rohrer divulges a few precious (and odd) details about the handheld game. It’s being published by Majesco at some point in 2010, and in Rohrer’s words, it’s a “two-player strategy game about diamond trading in Angola on the eve of the passage of the Kimberly Process.”

The designer adds that it’s his first game “that will be sold in a real box in real stores, so it’s an exciting project for me.”

Rohrer is a fascinating character. If you’re not familiar with Passage, give it a download. It’ll blow your mind. Afterwards, if you find yourself still interested in the designer, give A Life Well Wasted Episode 3 a listen. The way Rohrer lives and creates is inspiring to say the least.