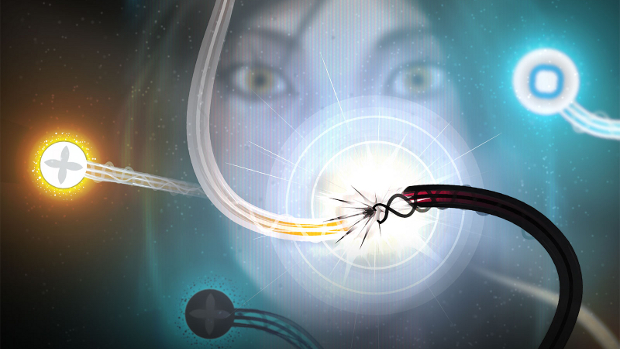 Set to release on November 19

I always appreciate seeing science represented in games, outside of the typical “heroes need to clean up the mess these mad scientists made” trope. Videogames can be so powerful as tools for learning, and that potential is still largely untapped. Particulars looks like it can make strides in that regard, as it turns world of subatomic particles into an action-puzzle game.

Players take on the role of a quark, navigating the universe while subject to the fundamental forces of physics. In the trailer above, I spot a few that I recognize: gravity (or perhaps the nuclear forces) holding like particles together, electric fields attracting and repelling ions, and what looks like matter and antimatter annihilating with one another.

Particulars was accepted onto Steam Greenlight last year, and it will be launching in full on November 19 for $9.99.