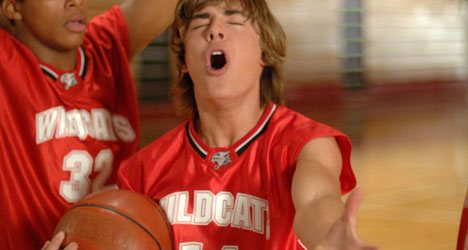 According to a listing at EB Games’ website (aka, the word of God), the upcoming High School Musical title for the PlayStation 2 and Nintendo Wii will ship with a microphone peripheral.

While not much is known about how the game will play, one can be so bold as to guess that singing will somehow be involved. Rumors of a microphone peripheral coming to the Wii have been floating around for sometime, and it seems this Disney Interactive published title will be the first to ship with one.

If you’re thinking “Who would buy this crap?” or “What the hell is High School Musical?”, it’s understandable — this game is not marketed at Destructoid readers. But chances are, it’s going to sell big; I’m talking Cars big. High School Musical is a made-for-television musical film that came out early last year. It went on to be the most successful Disney made-for-television film ever and the accompanying soundtrack was the biggest album of 2006.

You hear that sound? That’s the hooves of the Four Horsemen of the Apocalypse — they’re fast approaching!