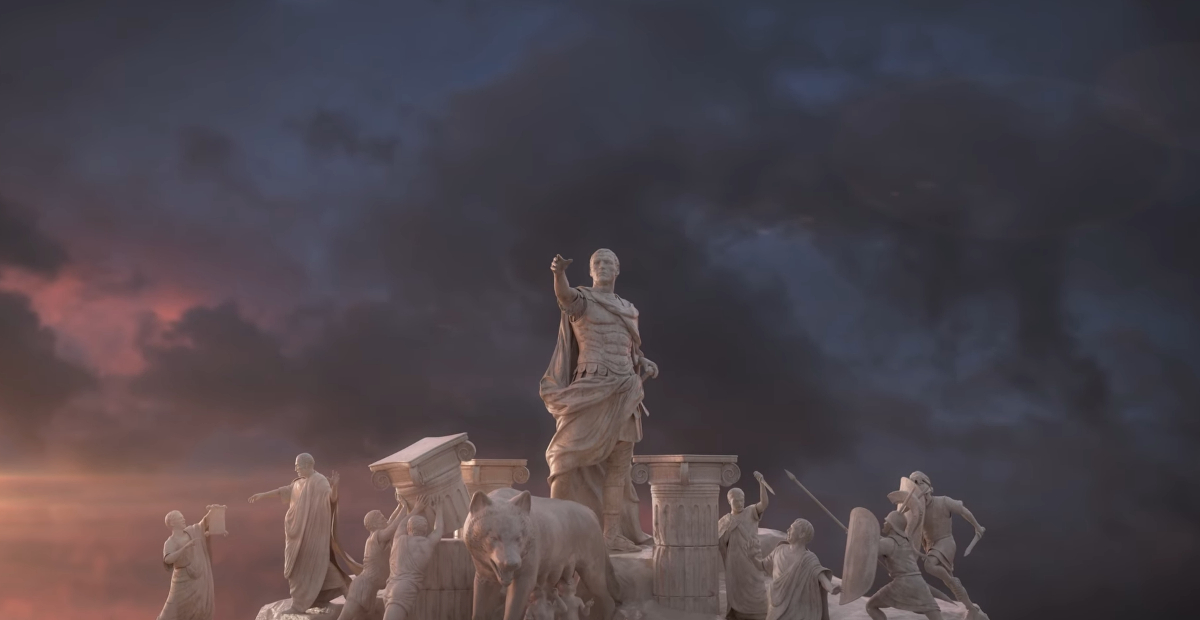 PDXcon 2018’s announcement show ended with quite the spectacle. Game director Johan Andersson, adorned in a toga and led by a legion of centurions, took the stage to announce the latest game from Paradox Development Studios, Imperator: Rome.

Taking place during the time of ancient civilizations, such as Alexander’s Greece, Imperator: Rome will allow you to play as any nation to fulfill your own dreams of conquest. Like many of the other Paradox grand strategy games, the only goal set is that what you can think of. How long can you make the Republic last before tyranny and oppression take over the once great nation of Rome? Can you lead the Celts to occupy and hold the Iberian Peninsula against the onslaught of foreign intruders? Or will you take your own path, redefining our history as you see fit?

The base map for Imperator: Rome will stretch from the “the pillars of Hercules to the far reaches of India” and with such a wide area of civilizations, the map will be filled with different citizens as well. Toting a new character management system, each civilization will have specific wants and needs that you will need to adapt to if you are to become a ruler fit to be remembered in time.

How you rule over your people or your conquests is getting a touch up, with different types of governments now available. You can decide to balance your power as a ruler with a senate, rule with an iron fist as a monarch, or say screw it to the whole government thing and go about it as a tribe. Be wary though, barbarians are lurking out there ready to besiege your people and, if you aren’t careful, they will be able to turn your own citizens against you in a rebellion.

Warfare also seems to be expanded in this newest series, with the ability to choose tactics before battles take place and each civilization’s armies having their own strengths, weaknesses, and preference for battle. As someone who has dipped their toes into most of the Paradox grand strategy games I can say that an expanded way to wage war will be welcomed. The only game where I’ve enjoyed the war mechanic was Hearts of Iron and, if you screw up war in a World War II game, you should go back to the drawing board.

All in all, this looks like another step on the road to improvement by Paradox, bringing some of the fan-requested changes to their classic series while also bringing us new worlds to conquer. You can begin your own conquest when Imperator: Rome releases in 2019 for the PC.