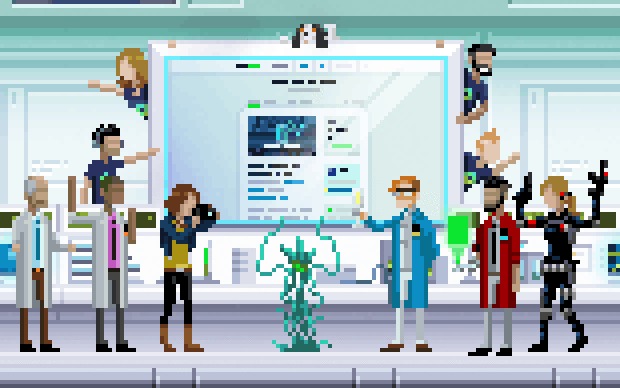 It was only a few weeks ago that we first heard about the stylish stealth Metroidvania Paradise Lost: First Contact. Since then, the project has gained a ton of momentum, getting approved on Steam Greenlight earlier this week, and passing its base funding goal of $70,000 on Kickstarter with 16 days left in the campaign. In addition, it is shaping up to be one of my most anticipated titles of 2014.

In other cool Paradise Lost news, the team hooked up with Octodad developer Young Horses, and will be featuring the bumbling orange cephalopod as a custom skin in place of the default alien plant. The animated GIF that Asthree Works made to announce the tentacle partnership is just delightful.