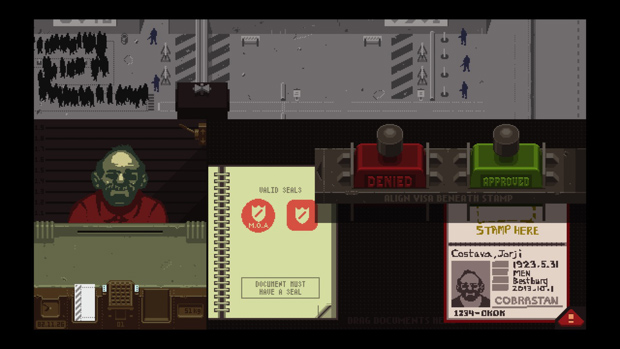 Papers, Please designer Lucas Pope told VG247 he’s interested in getting the game on PlayStation Vita, a platform the title would feel right at home on. Whether that’s a job he’d handle or delegate to a third party, however, is undecided. If it happens at all, of course.

“I do want to do a Vita version, but the thing is there’s a lot of kind of interesting UI challenges to make it work well on Vita: much smaller screen, much smaller hit targets,” he explained. “So that’s the part of me that wants to be really involved in the port, but the other part is like, ‘I got to do something else, I got to move onto something else’ so I haven’t really decided what to do there.” Pope said he is 50/50 on which way to go.

Regardless of what happens, he plans to put out a short free game when not handling support issues for Papers, Please on PC, and wants to eventually develop an iPad version.