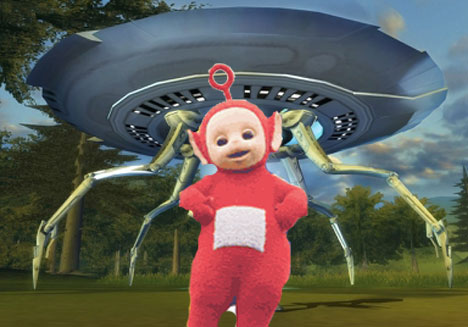 In an article over at Business Week.com, Pandemic’s CEO, Andrew Goldman, reveals the company is developing a title for the Nintendo Wii. Kid-friendly, of course.

Pandemic Studios, which plans to release a war game called Mercenaries 2: World in Flames for the PS3 and 360 in August, is quietly developing a concept title for the Wii that could attract younger players, says Chief Executive Andrew Goldman. “The problem with the game business a couple of years ago is it had just gotten stale. We’d lost ground to MySpace.com and other places where there were innovative experiences being developed,” he says. “The Wii does something new, and draws people back in.

Although their recent work has leaned towards teens and adults (Destroy All Humans, Mercenaries), Pandemic has dabbled a bit in the arena to attract younger gamers. Anyone remember Army Men RTS? Yeah, I’m trying to forget, too.