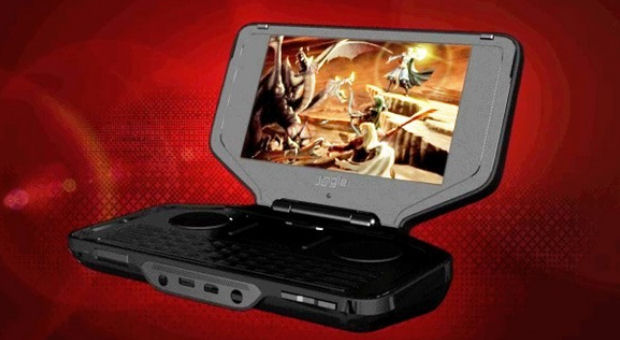 Panasonic has revealed the Jungle to the world, a brand new handheld gaming system geared specifically around playing MMOs and online games on the go. Featuring a full QWERTY keyboard, a touchpad, and a more familiar D-pad and shoulder buttons, the Jungle looks like the perfect creation for those who can’t stop playing WoW even when doing a poo.

So far, actual tech specs and pricing are all foggy. It’s being rumored that the thing can run Linux, it’s been suggested that it’ll need 3G capabilities, and a price point of around $400 is speculated. None of that is confirmed as of yet.

Oh, and its most likely function will be that of a glorified FarmVille player. Obviously.

What do you reckon on this though? A new handheld challenger appears. Next DS, or next N-Gage?