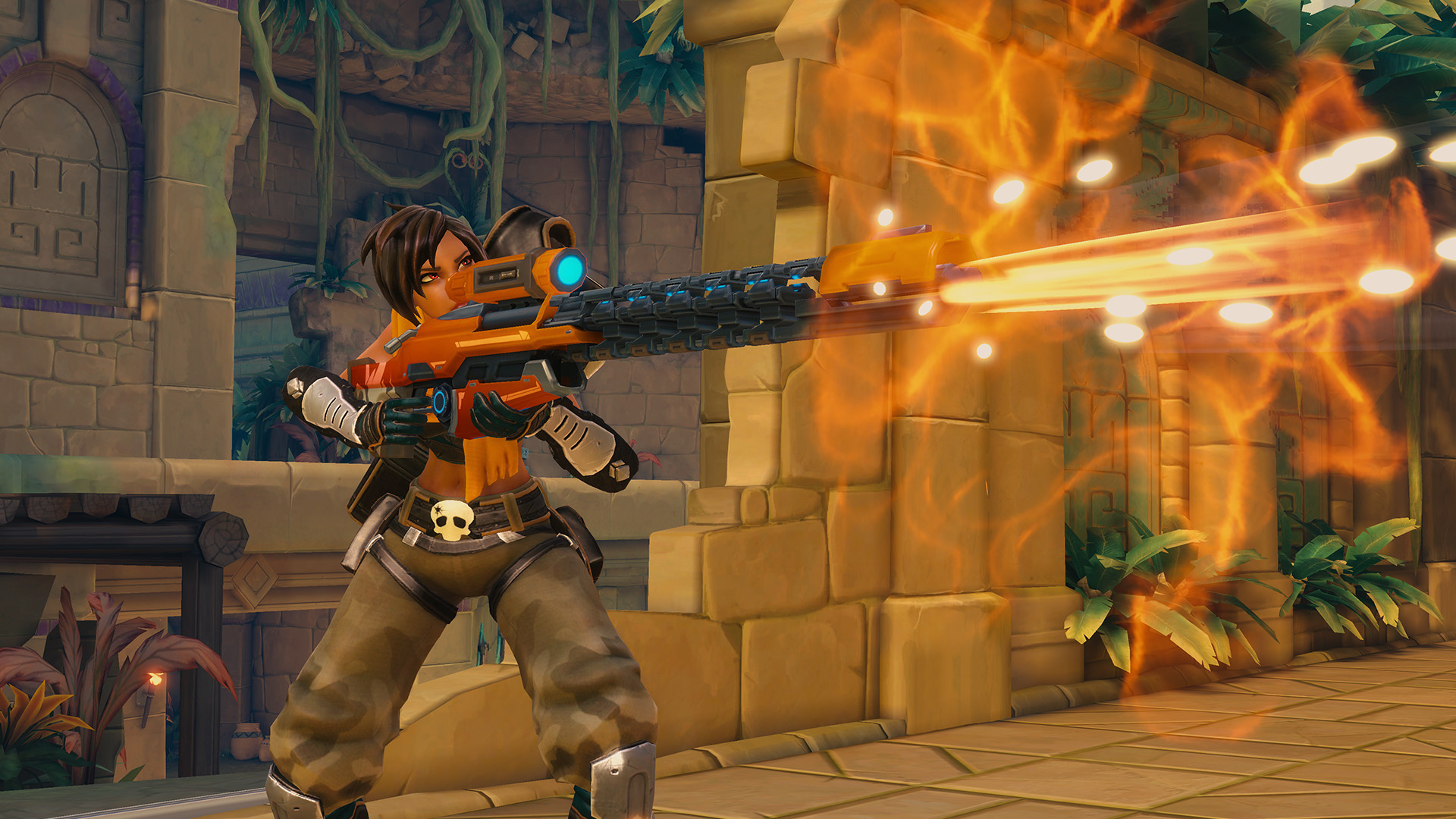 Now you can basically demo it

The Switch is diversifying its roster of games this week by adding the hero shooter Paladins into the mix. Wait! Paladins was already in the mix you say! Haha, clever girl. Well it kind of was in the form of a “Founder’s Pack” edition, which forced folks to hand over cash money to gain access. Now you can actually download this free-to-play game for free.

At this point you have a whole swath of options for writeups, including our very own. While I’m generally a fan of Hi-Rez’s recent efforts (I still play SMITE), Paladins just didn’t do enough for me to grab me long term. It’s a fine shooter in its own right but there are just so many more options to choose from at this point.

Hi-Rez is also gearing up to launch Realm Royale, a project that spun off of the Paladins franchise, on consoles. Currently it’s only planned for PS4 and Xbox One but given their enthusiasm for the Switch version of Paladins it’s just a matter of time until that port is announced.