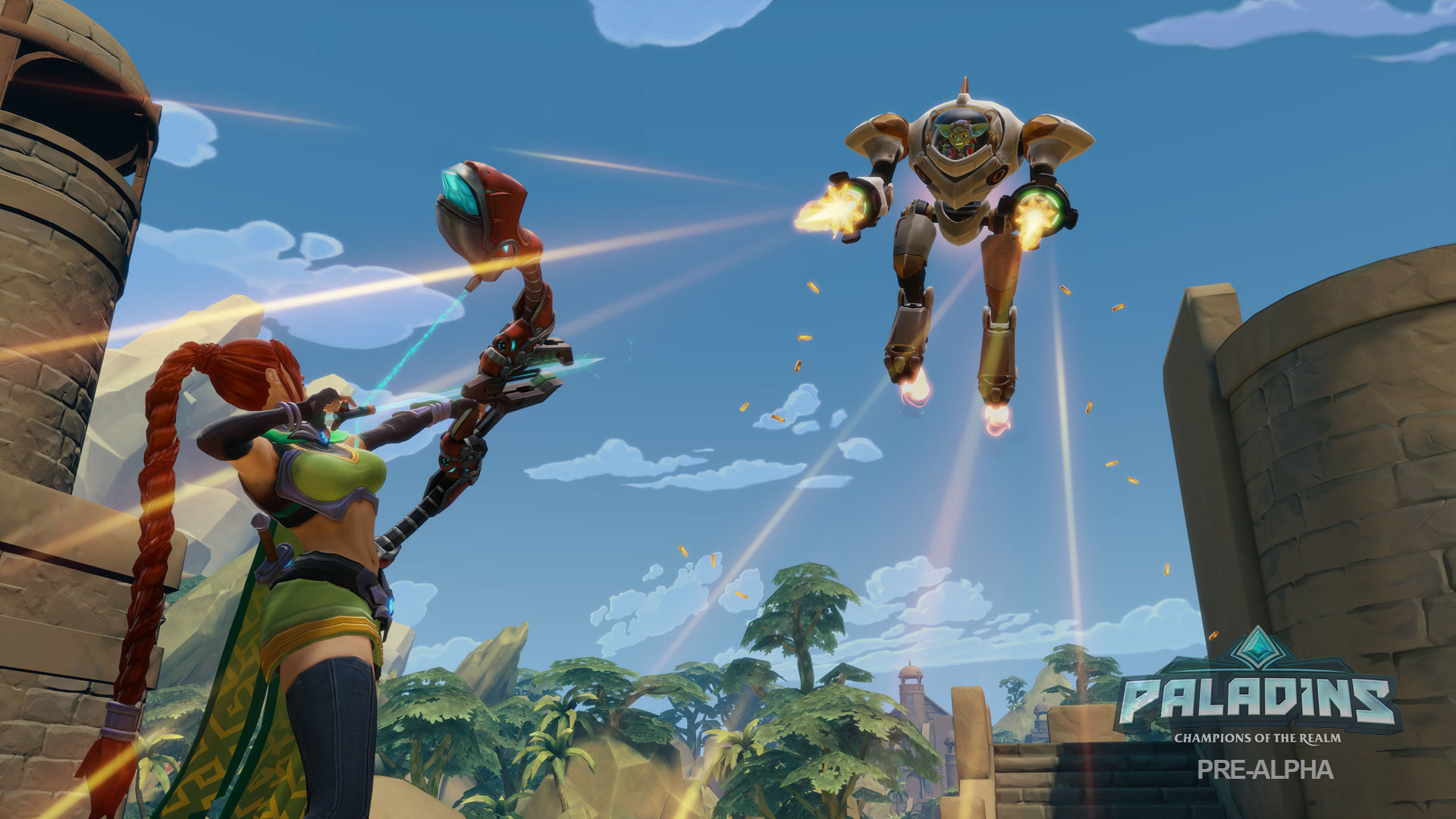 Originally announced as just “Paladins,” Hi-Rez’s free-to-play team-based shooter Paladins: Champions of the Realm is set to have card collection and a sort of deck-building aspect. Details were scant during the announcement, but the video below sheds a bit of light on it.

It sounds more like a collectible card game than a deck-building game, as players collect cards and create decks outside of a match only to draw and play them during a battle for various buffs. The video isn’t explicit about pricing, but given that all characters are stated to be available for free, I stand by my initial prediction that the cards are where people will be paying for this. Hopefully it’s not too scummy; I can see that idea turning into pay-to-win very easily.