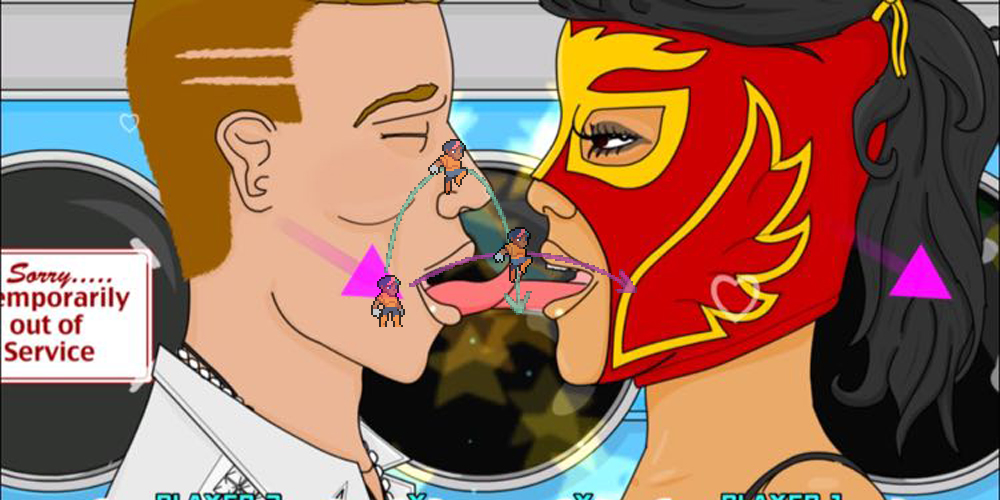 We’ve had some great game dev duos on Sup Holmes in the past, including Rami and J.W. from Vlambeer, Dennis and Jonatan from Dennaton, Jo and George from White Whale Games, Sarah and Colin from Northway Games, and many more. Seeing how the relationship between two developers bleeds into their style of game design never stops being interesting to me. Good thing there doesn’t seem to be any shortage of game development teams out there that fit the bill.

Above with have Joni and Sean, creators of Anodyne (coming soon to Xbox One and PS4) and the upcoming Even the Ocean. Their particular interpersonal dynamics played a huge part in how their games have turned out, with their latest being the most interesting mesh of their individual personalities yet. The same goes for the creators of the sloppy make-out simulator, Smooth Operator, who’s episode of Sup Holmes can be found… below.

As for tomorrow’s episode, we’re lucky to be joined Danielle McRae, voice actress from Skullgirls, League of Legends, and World of Warcraft: Cataclysm. We may even be able to announce a game that we’re both going to be in! Or not! I honestly don’t know! You’ll haed to watch it live to find out.