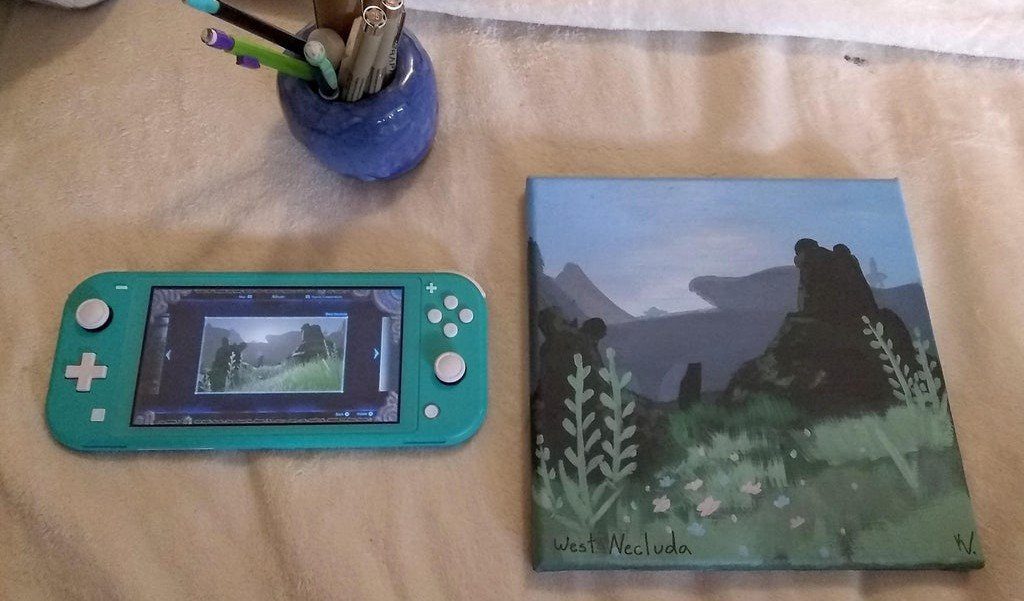 This is such a simple idea: something you can probably aspire to if you’re looking for a creative outlet. Over on Reddit, user Space_Neko23 posted their recent pastime: taking screenshots in Zelda: Breath of the Wild and painting them.

It sounds silly saying it out loud, but being able to capture the identity of a “real place” you can visit digitally is mesmerizing. Space_Neko23 has posted several of these works due to the positive feedback from the community, all of which are found within the game. This one, for instance, is of the top of Hyrule Ridge.

Given the aesthetics of the game, the sheer breadth of its map and the baked in screenshot feature; there are few titles currently on the market that would fit concept as perfectly Breath of the Wild. I’m kind of tempted to do it myself! I already have plenty of paint from my miniature exploits (Gloomhaven lately, mostly).

I took pictures in BotW and painted them [Reddit]