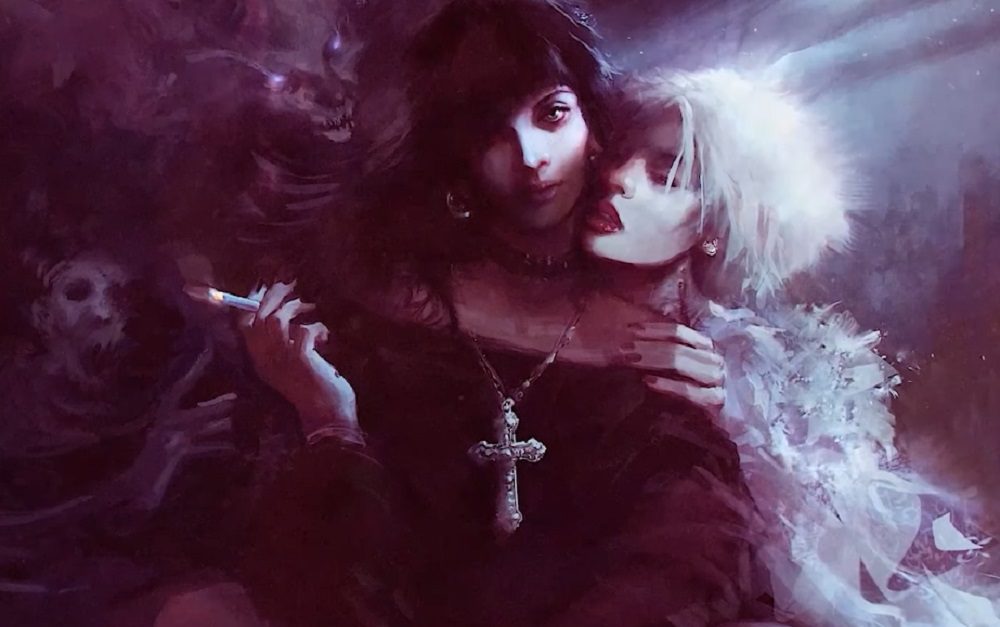 New York has a New Problem

Draw Distance has released a debut trailer for its upcoming Vampire: The Masquerade visual novel Shadows of New York. Headed to PC and consoles later this year, the gothic horror adventure is a standalone sequel to last year’s tale, Coteries of New York.

Set in an alternate universe Big Apple, Shadows of New York is the story of a young woman, outcast from her Lasombra clan, who ekes out a glum existence of chain-smoking woe. But when murder comes to the upper echelon of the Anarch – lighting a fuse that could instigate another inter-clan war – it is our gal who is called upon to get to bottom of this mystery, unveil the culprits, and hopefully not fall prey to the perpetrators themselves.

Draw Distance states that Vampire: The Masquerade: Shadows of New York will draw the player into a dark world of personal and political horror as they explore the darkened corners of Manhattan and beyond, searching for clues, speaking with witnesses and suspects, and forging connections with friends and allies. Draw Distance notes that players will not have to have played Coteries of New York to enjoy the new tale, but that it will feature familiar faces in its ensemble cast.

Vampire: The Masquerade: Shadows of New York will launch on PS4, PC. Xbox One and Nintendo Switch later in 2020.