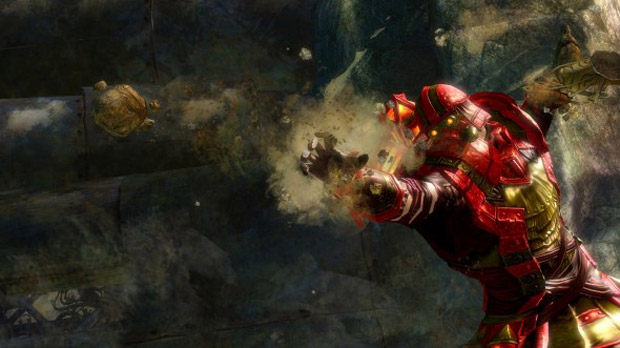 In a blog post, Guild Wars 2 systems designer Jonathan Sharp has written at length about the future of the game’s structured player versus player. In short, the team at ArenaNet has a lot in mind — particularly when it comes to the eSports — but they don’t want to say too much too early.

Sharp was willing to talk up a few upcoming additions, however. Paid automated tournaments are coming first and are intended to organically separate experienced players from newer ones, who will likely get their feet wet in free tournaments. Both have rewards, though the former offers better payouts in exchange for the greater risk associated with entry.

While tickets gained from the Gem Store, reward chests, or ranking up are required to participate in these tournaments, the best teams will actually be able to earn gems by winning. The post breaks down how the rewards differ between the two types of tournaments, among other differences.

Following all of this, ArenaNet plans to introduce rentable PvP maps that players can password protect. If you’re the kind of person who has a serious team that trains together, this should be a welcome new feature. Finally, Sharp teased what might be next for Guild Wars 2, saying that they know leaderboards, the ability to spectate matches, larger tournaments, and streaming are all important.