A clever workaround for players who don’t enjoy combat

I’m fine with fighting creatures in Stardew Valley as a means to an end, but I know plenty of players who would prefer not to engage with the mines if given a satisfying alternative. A new mod for the PC version of Stardew Valley, Pacifist Valley, is an on-brand solution – a way to progress but not skip.

The mod doesn’t let you talk to monsters, become friends, and form alliances, but you can hug them. It “replaces all weapons with hearts, feathers, stuffed animals, and other nonviolent love devices.” 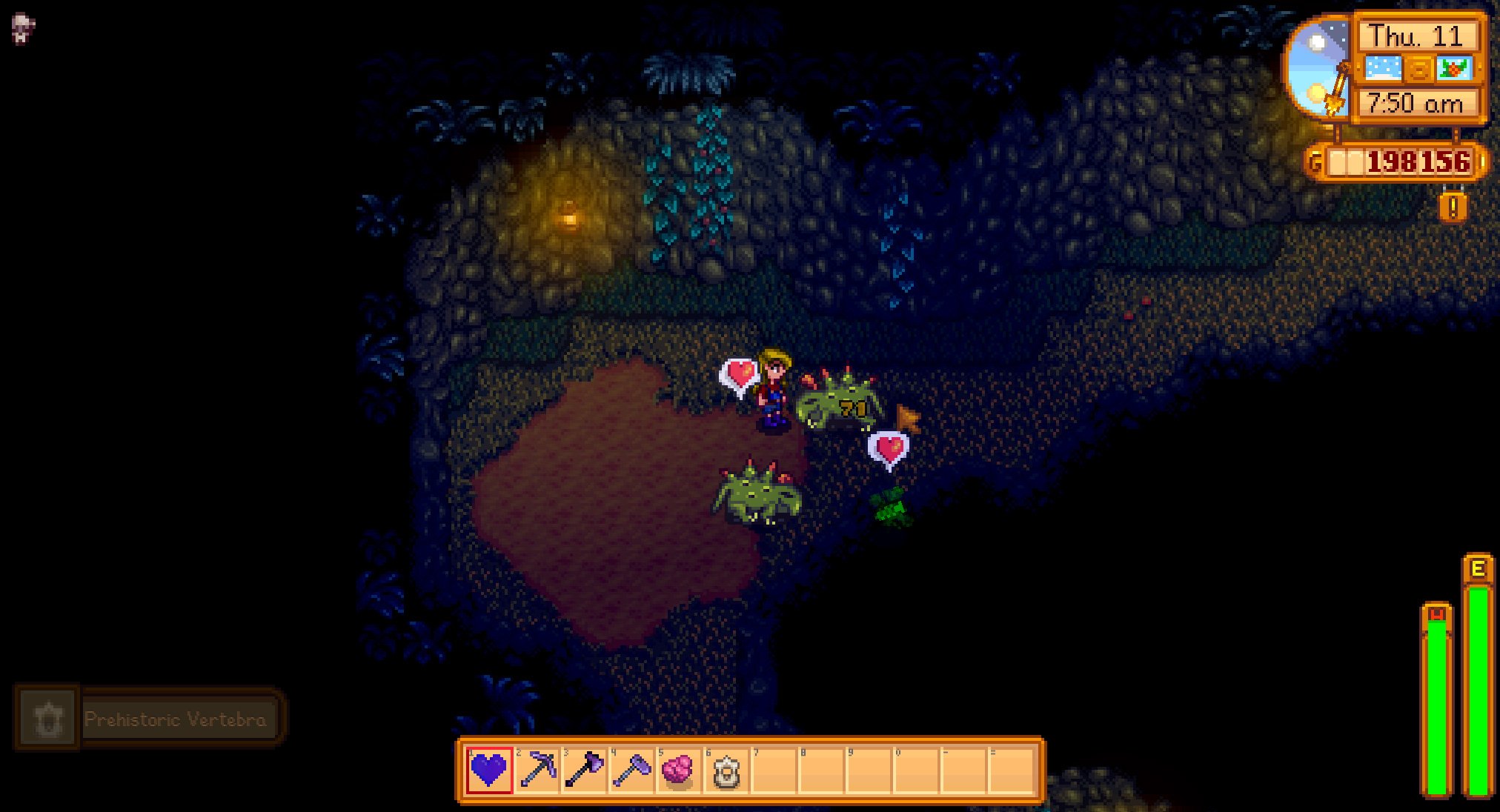 According to creator aedenthorn, the goal is to “turn Stardew Valley into a more peaceful place by removing deadly violence from the game.” With the mod installed, you’ll “attack” with “kissing and heart emoting,” and “slain” monsters will fall in love with you (while still awarding XP and item drops).

Instead of leveling up the usual combat skill, you’ll become more proficient at cuddling.

The more I think about it, the more I could see Eric Barone offering his own version of this one day. The Stardew Valley creator has his hands full and then some, but it seems like something he’d be super into.