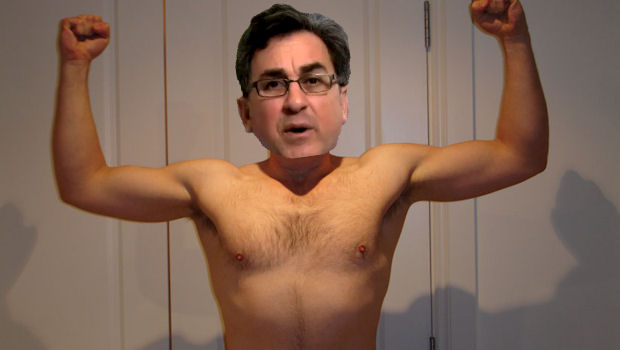 Industry analyst Michael “shiny testes” Pachter is a little bit tired of gamers arguing over his words. While he admits he doesn’t seem to go a week without being incorrect, he defends himself in Game Informer by saying that his words are for investors, not us, and that only fanboys care about what he says.

“My job is not to talk to journalists, it’s to talk to investors,” says Pachter, while talking to journalists. “If I say that a Wii HD is coming, it outrages fanboys who think that Nintendo always knows better, but it doesn’t particularly outrage investors.

“There are a handful of readers who make personal attacks, and I would tell them that I have no stake in the outcome of anything I talk about (I don’t even invest in the companies I cover), and most of what I say is just opinion. I don’t say things because I hope they come true; I say them because I think they will come true.

“I don’t think I’ve gone a week without having an incorrect prediction. Nobody cares if I’m right, except fanboys. My clients are merely looking for a benchmark in front of numbers so that they can assess whether the stocks of the companies I cover will go higher or lower.”

Pachter’s right, of course. He doesn’t speak to gamers. That’s why he doesn’t have a show on GameTrailers or write a regular column for Industry Gamers. Oh wait …

Pachter: ‘No one cares if I’m right except fanboys’ [CVG]

Filed under... #Analysts#Fanboys#I wish I could quit you