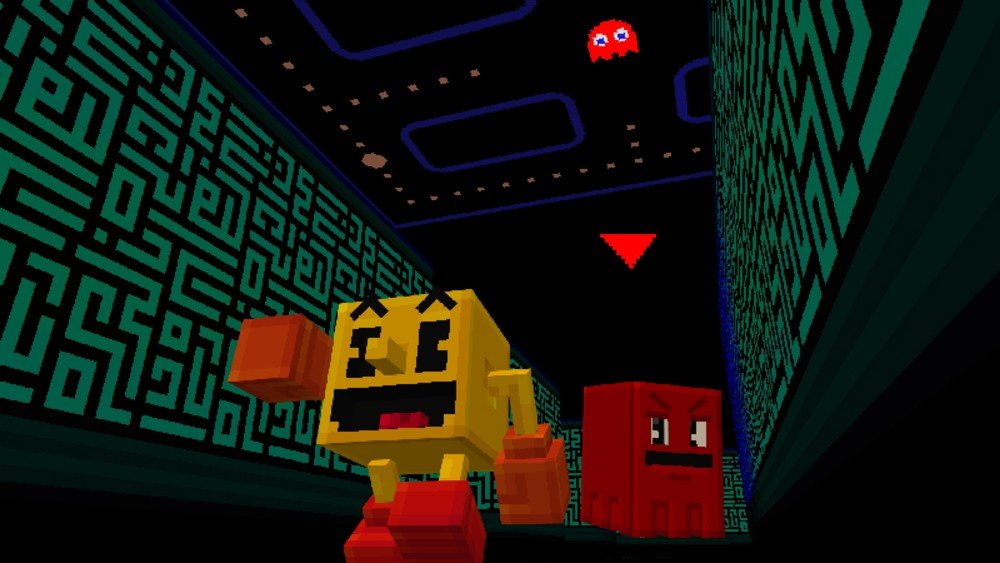 In the form of DLC

A few years back Microsoft introduced a marketplace into Minecraft: a place where content creators could share their creations and also share a cut with the game’s publisher.

Although plenty of free Minecraft creations still exist in the free circuit, many have taken to said marketplace, delivering some great levels in the process. One of those includes the new Pac-Man DLC that arrived for the character’s 40th birthday, from the studio Gamemode One. Live now on the marketplace here for 1340 Minecoins (roughly $8), the DLC is multi-faceted.

True to Minecraft form it adds a creation tool into the mix (make your own mazes), as well as two side modes: an exploration-based adventure in Pac-Town and a classic arcade rendition of Pac-Man in Minecraft form. Having dabbled in the DLC, it’s not going to blow your mind, but it’s great fun with the family.

The maze bit not only puts a new perspective on chomping pellets and skating by ghosts, but also adds a few unique things to the mix like power-ups (which have only been in select versions of Pac-Man) and progression (character unlocks). The best part is that everything is meshed together in a giant hub. If you want to create something you can head over to that room. If you’re hankering for an arcade run it’s a couple of feet away. Or if you want to head outside and quest in Pac-Town, you can do that too.

Just make sure all three of those activities sound fun before you plunk down your coins on it!