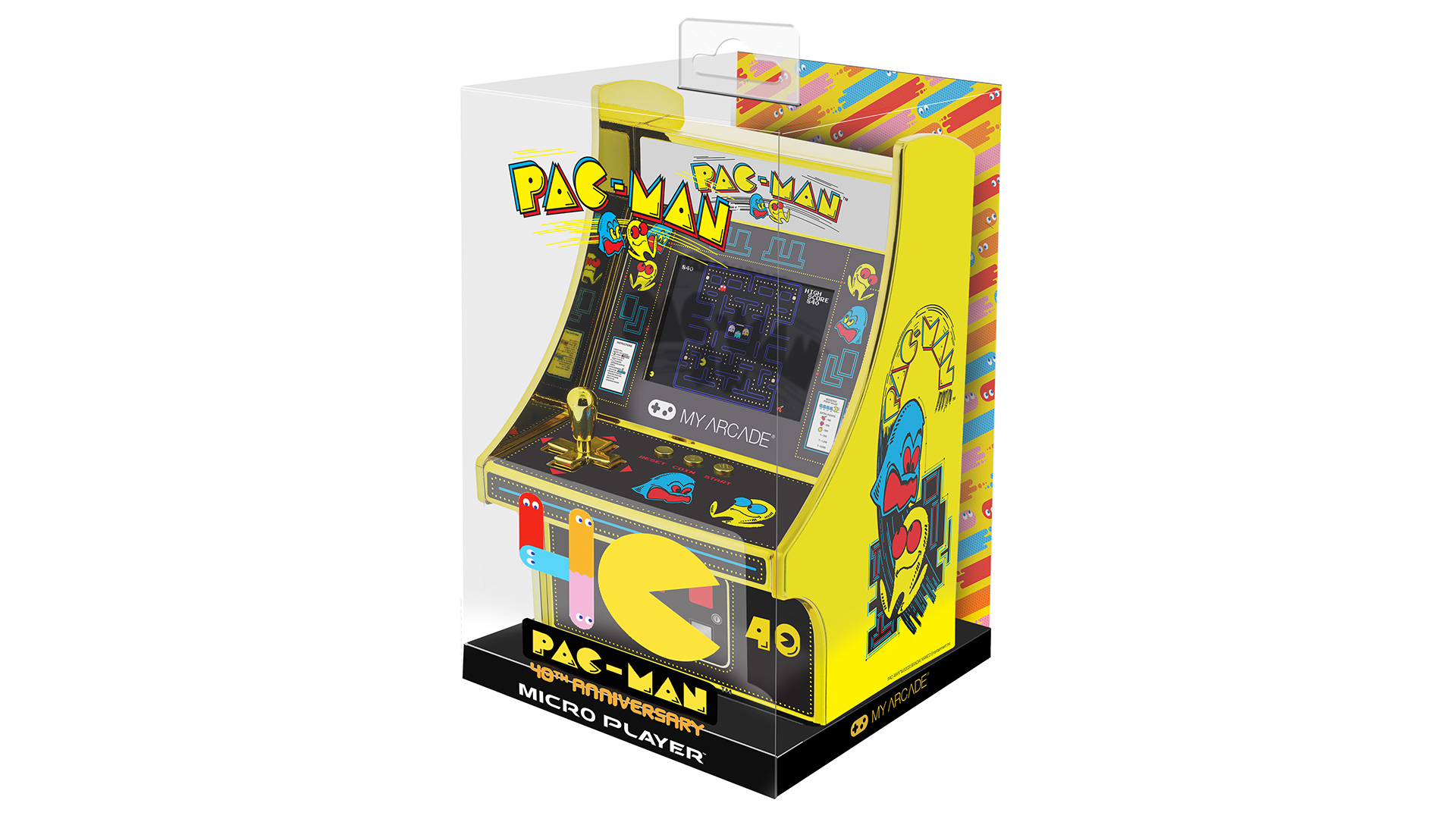 I see an impulse buy in my future

There’s a lot going on with this six-inch Pac-Man arcade cabinet, and I won’t lie: I kinda want it.

Known officially as the Pac-Man 40th Anniversary Edition Micro Player, the mini cabinet is launching this summer from manufacturer My Arcade, which has been making desktop units – including a non-golden standard-edition Pac-Man machine that you can buy right now if you wanted – for years.

I don’t know the last time I sat down and really focused on the original Pac-Man cabinet art, but it’s a wild sight. I somehow forgot that the character grew legs and got sand in his eyes during his trip to America. This anniversary unit has lenticular side-art, a glowing coin trap, and a removable joystick.

I respect that the $40 price-point lines up with Pac-Man’s age. Did anyone else have a tradition in their extended family where aunts and uncles sent birthday cash that correlated with the recipient’s age?