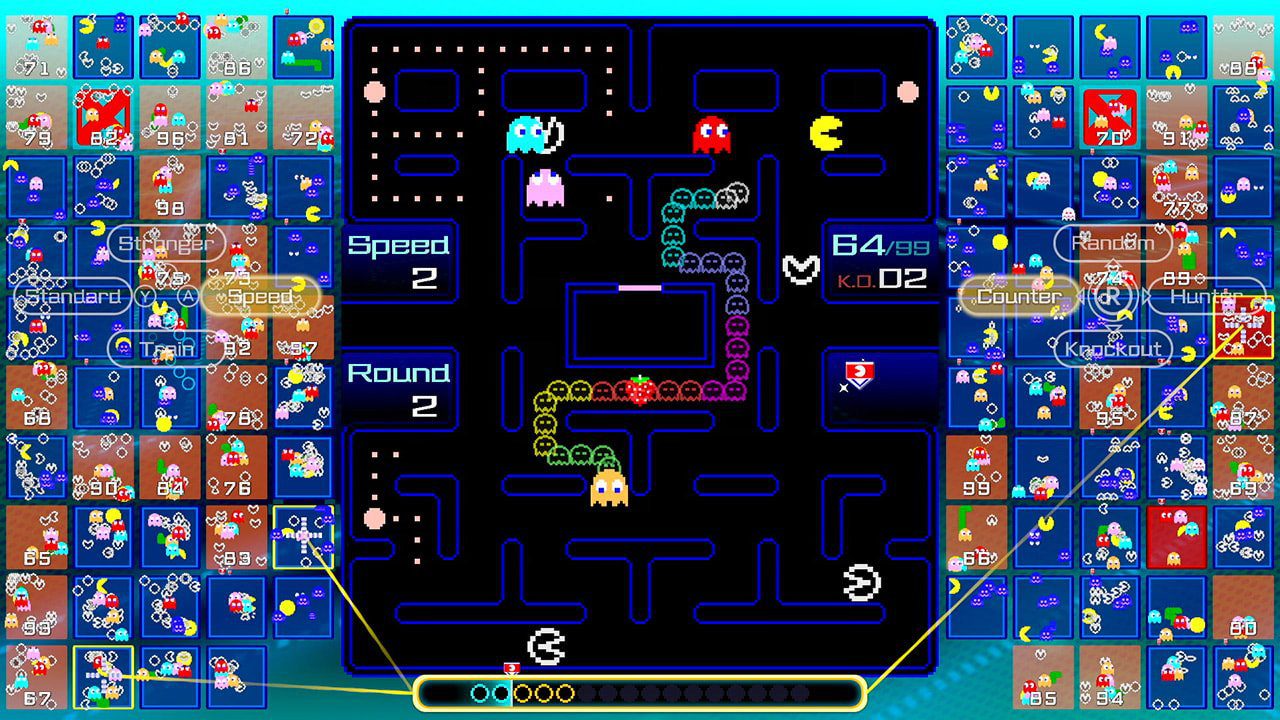 Pac-Man 99 is the next last-player-standing game for Nintendo Switch Online subscribers following Tetris 99 and Super Mario Bros. 35 (RIP), and you know what? Sure. I’m down. There’s going to be a point of diminishing returns for these nostalgia-mining pack-ins, but we aren’t quite there yet. (Or are we?)

Bandai Namco Entertainment is launching Pac-Man 99 for Switch Online on April 7, 2021, and you’ll be able to download it and compete against the pellet-munching masses starting at 6:00 p.m. Pacific. Beyond the basic recurring battle royale concept, the game is also throwing in fun elements like ghost trains, which I’m stoked to see after recently revisiting Pac-Man Championship Edition 2.

To outlast other players, you’ll need to clog up their screens with jammers by waking up sleeping ghosts, powering up, and tearing through trains. It’s going to get chaotic fast, but that’s the appeal.

If you aren’t into the idea of facing off against strangers or you’re just looking to practice, there’s single-player CPU Battle, as well as Score Attack and Blind Time Attack, so you can play offline. You can also switch up the look and sound of Pac-Man 99 with optional DLC themes based on other classics. You can get everything (including themes) bundled together for $30, or spend $15 on a Mode Unlock pack.

Yep, I’m going to have to buy the Dig Dug theme for two bucks. There’s no resisting it.