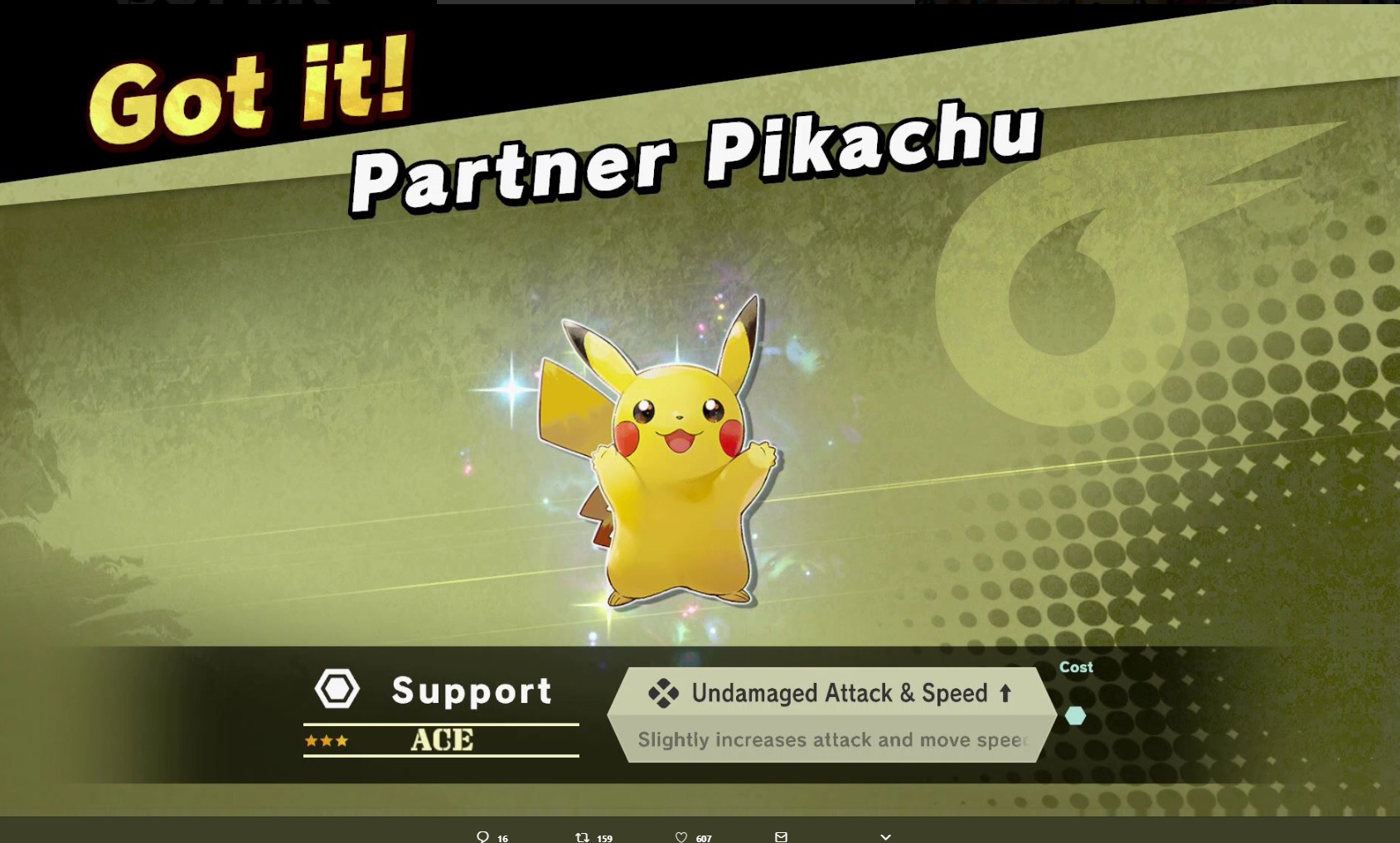 We’re just days away from Super Smash Bros. Ultimate, and while director Sakurai has noted that there will not be any major surprises through launch, we are getting little tidbits here and there.

Just this past weekend the Nintendo Australia/New Zealand account shared the note that those of you who have save data for Pokemon Let’s Go Eevee or Pikachu will unlock in-game partner spirits. You can check them both out for yourself below, which includes their ability, type and statline.

Nintendo reminds us that while these are little extras for folks who own either game (or both) they can be unlocked through normal gameplay (challenges). They seem to be taking the spirit system pretty seriously, as they’ve even gone as far as cross-promoting the Mythra spirit in Xenoblade Chronicles 2!

Super Smash Bros. Ultimate is out on December 7.