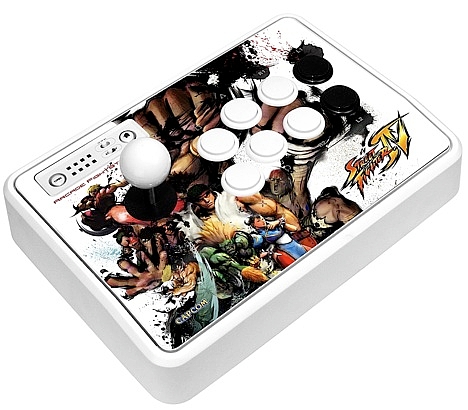 Reports of a clinging issue in Mad Catz’s lower cost Standard Edition Fight Stick joystick are emerging. Members of the Shoryuken message board — a forum specifically designed for the hardcore Street Fighter player — has the widest berth of complaints, ranging from broken buttons to the more popular sticky joystick issue. The complaints indicate the joystick sticks in its former diagonal position instead of snapping back to the neutral zone.

A normal human could weather this issue, but a Street Fighter elite is obviously perturbed. Several of the members of the forum have ripped open their SE Fight Sticks aware that it also voids their warranty. One brave user claimed to have found the problem: “[There] is a small metal washer [between] the body of the joystick and spring cap. [The] washer moves around and the plastic spring cap gets stuck on the grooves where the washer is supposed to sit.”

He later said that he was able to fix the problem with superglue and sandpaper — the same two tools that McGuyver used to escape from a Congo prison.

Even though the Shoryuken message board would be the second place I would go if I experienced an issue — I would run crying to my mother’s house first — I’m having a hard time believing that sticky sticks will be a nationwide issue. Game Crazy is holding my SE Fight Stick hostage right now, so I can’t confirm if my stick is indeed sticky. Have you guys been experiencing any problems?