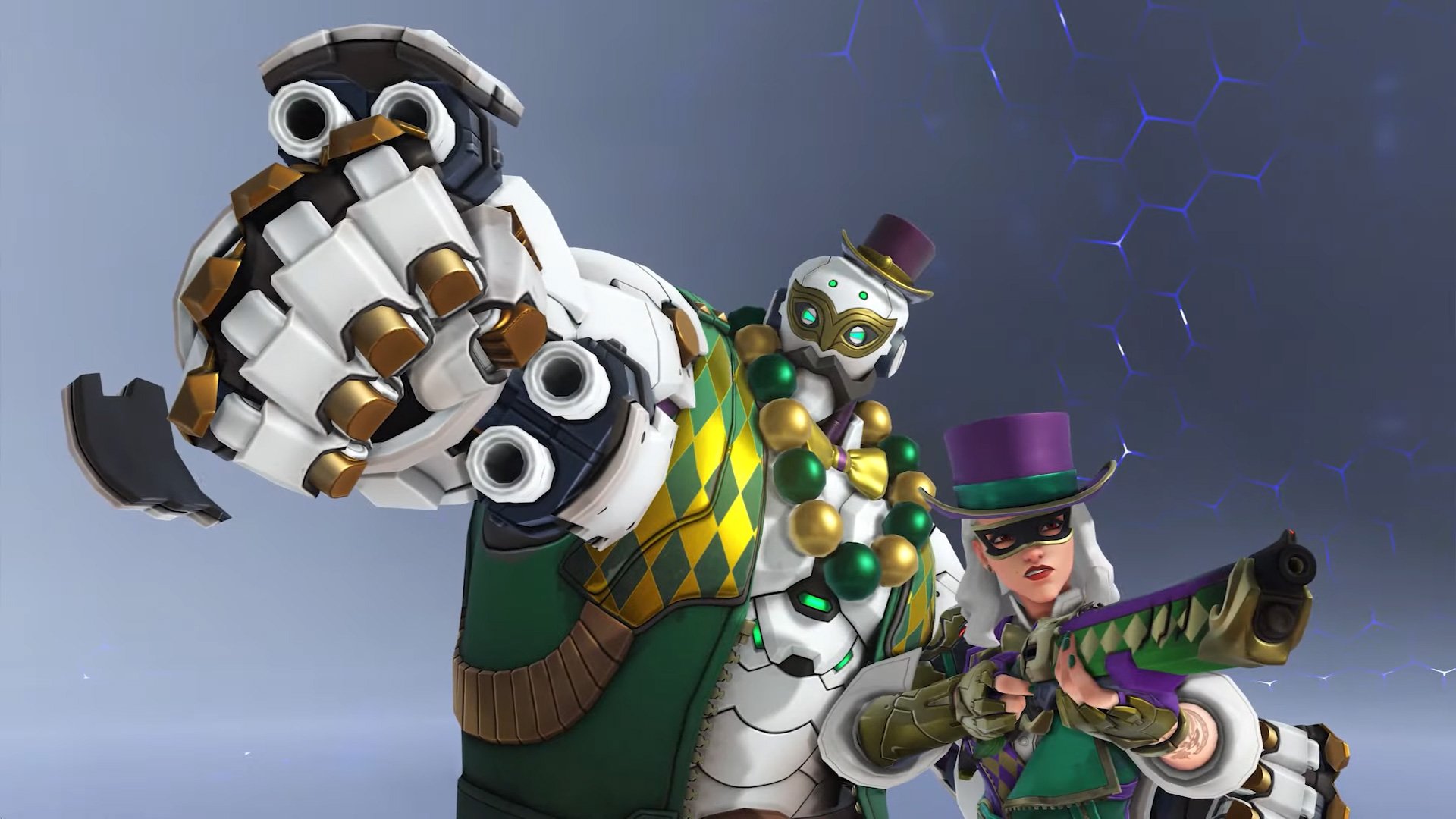 Similar to prior “remember me!” mini-events in Overwatch, you’ll earn cosmetic rewards for winning matches in the Quick Play, Competitive, or Arcade modes. This time, the rewards are Ashe and B.O.B. player icons (three wins), a Gold Mask spray (six wins), and a Mardi Gras Ashe skin (nine wins).

After wracking up those nine wins, you might want to check out the newly-added Experimental Card – the anything-goes testbed for Overwatch features that might not ever end up in the live game. The current experiment is a Triple Damage (one Tank, three Damage, two Support) team composition.

Blizzard is also encouraging players to tune into various Twitch streams for several new Sprays that are so precious, I’m considering leaving my browser running to get them. You’ll need to watch six total hours between February 25 and March 9 to collect ’em all. The Twitch schedule is over here.