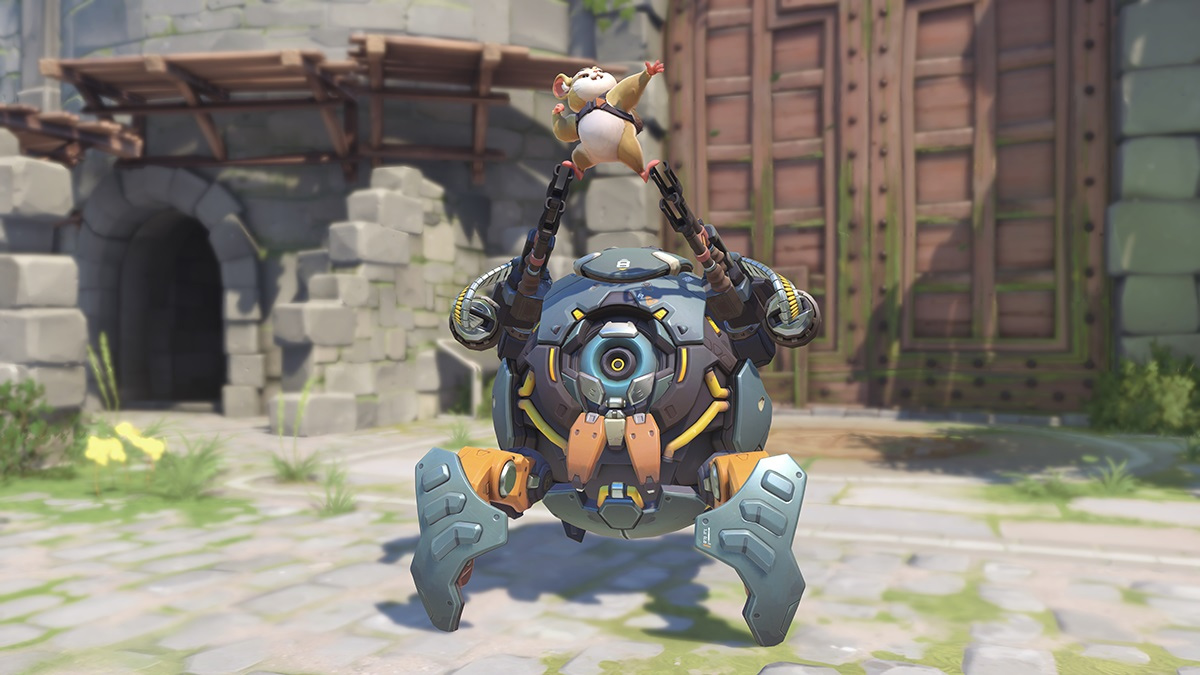 Well that didn’t take too long at all! After a round of testing on the PTR, Overwatch‘s Hammond (aka the hero none of us want to call by his Blizzard-given name “Wrecking Ball”) is ready for the live game. The mischievous little guy will roll in next Tuesday, July 24 on PC, PlayStation 4, and Xbox One.

In case you missed the hero’s original reveal, he’s a tank with twin machine guns who can curl up into a ball for more mobility and even deploy a grappling claw to swing around the map like a madman. Along with a piledriver ability and personal shielding, he also possesses a proximity-mine ultimate.

By some small miracle, I should actually have enough credits saved up for Hammond’s punk skin.