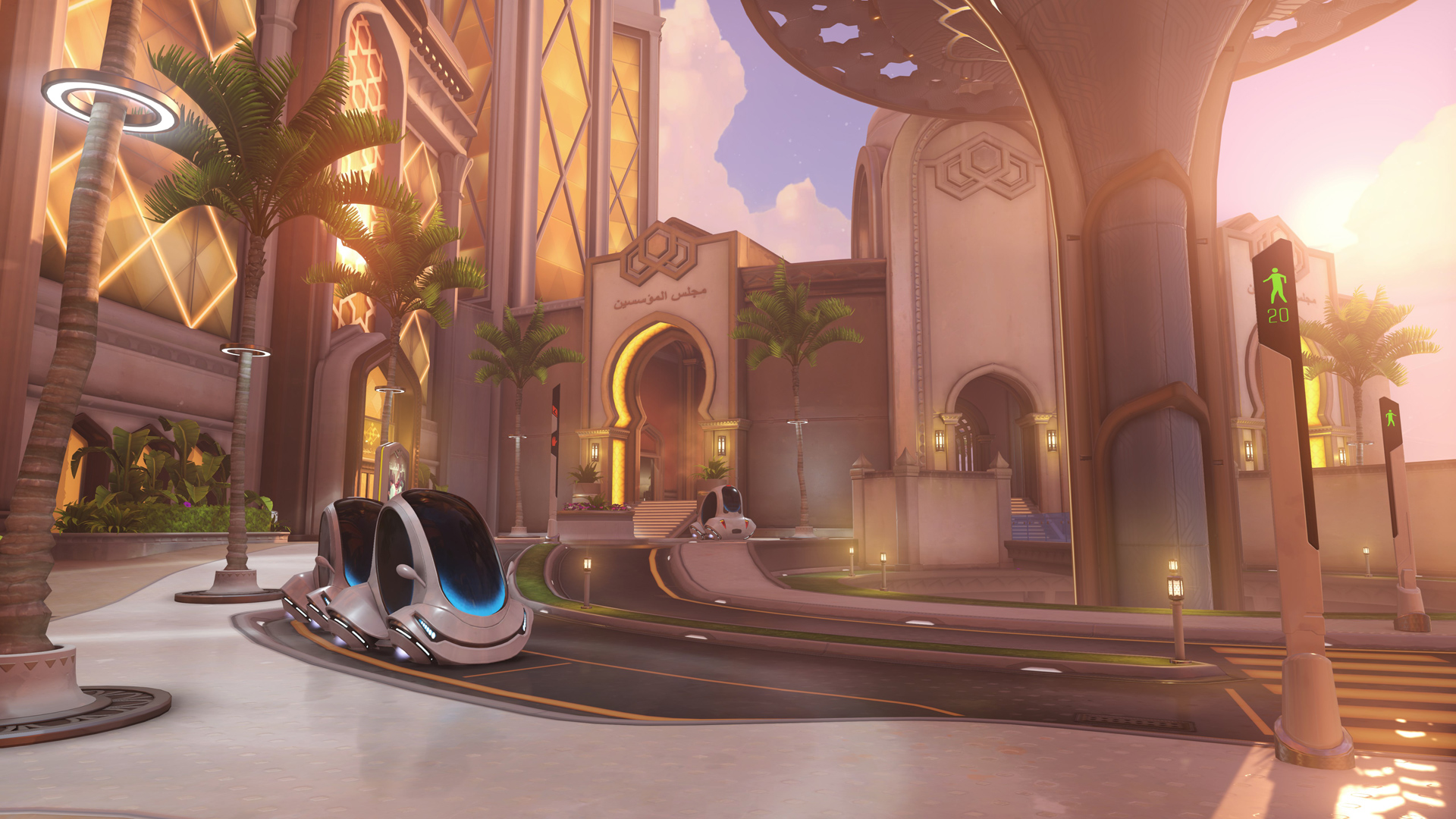 Those cars aren’t slowing down

After a round of testing, Blizzard has added the Control map Oasis to Overwatch. Now all of us, regardless of platform, can know the thrill of dodging traffic and jump-padding like maniacs.

Aside from the trailer and screenshot gallery, here’s a little backstory on the setting: “Researchers and academics from around the region came together to found a city dedicated to scientific progress without restraints—a monument to human ingenuity and invention. The city and its inhabitants are governed by the Ministries, a collection of brilliant minds who possess many secrets that have attracted the interest of powerful organizations from around the world.”

I’ve not yet tried Oasis, but I’m eager to do exactly that tonight (assuming it comes up much in the map rotation). My holiday break was largely spent getting back into Overwatch rather than finishing up any number of games I’ve half-started, and yep, I’m hopelessly hooked again. I still feel like I’m learning the intricacies of Eichenwalde, even now, but we could definitely use more maps.