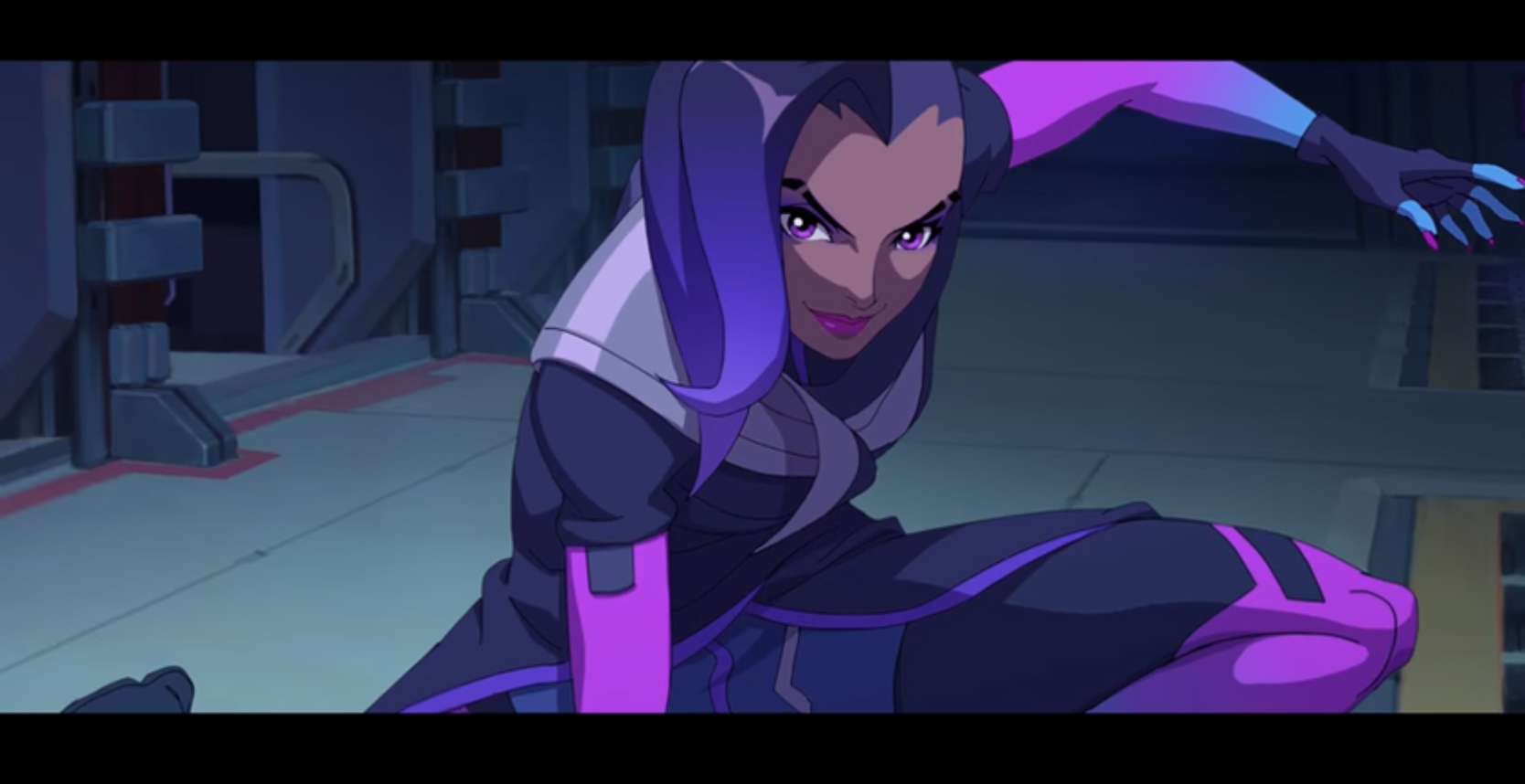 After months of speculation, leaks, and a disappointing ARG, Overwatch‘s Sombra was finally revealed to the world yesterday. While Chris went over how she plays, we’re still not sure who she is or where she came from… and apparently, that’s exactly how she wants it.

The trailer never gives away Sombra’s true name, but shows how she began her career by making use of social hacking, selling police information to Los Muertos before going after larger targets. Eventually, she came up against a corporate entity with better security than she could handle, so she decided to give herself an upgrade.

The final scene in the trailer shows Sombra piecing together the connections that tie various corporations and entities together in the world of Overwatch, including Volskaya Industries, Lumérico, Talon, and the Shimada family. There are several humans and omnics shown that don’t fit in with the established lore, so this image will probably become very familiar to people looking to learn more about upcoming characters. Talon is shown with a link to the Doomfist gauntlet, calling back to the trailer that introduced us all to Overwatch in the first place.

After peppering Chris with questions about how Sombra plays, I’m eager to try her out for myself. Fortunately, we won’t have too long to wait, as Blizzard has said she’ll be playable on the PC’s Public Test Realm within the next week.