Join me in the land of Ooo

Overwatch‘s newest member Orisa hit Blizzard’s public test realm earlier this morning. I’ve been testing out the bot, and it seems like she’ll be a great addition to the team. Read on and I’ll go over her loadout and abilities.

Orisa’s role is a tank, and she has a large body to block her teammates from taking hits. Her quadruped chassis makes her look something like a centaur, so there’s no mistaking her for any of the other members of Overwatch. She has 200 health and 200 armor, which is less total health than Roadhog or D. Va. Her kit mitigates that, however, and she has a lot of options to increase her survivability. 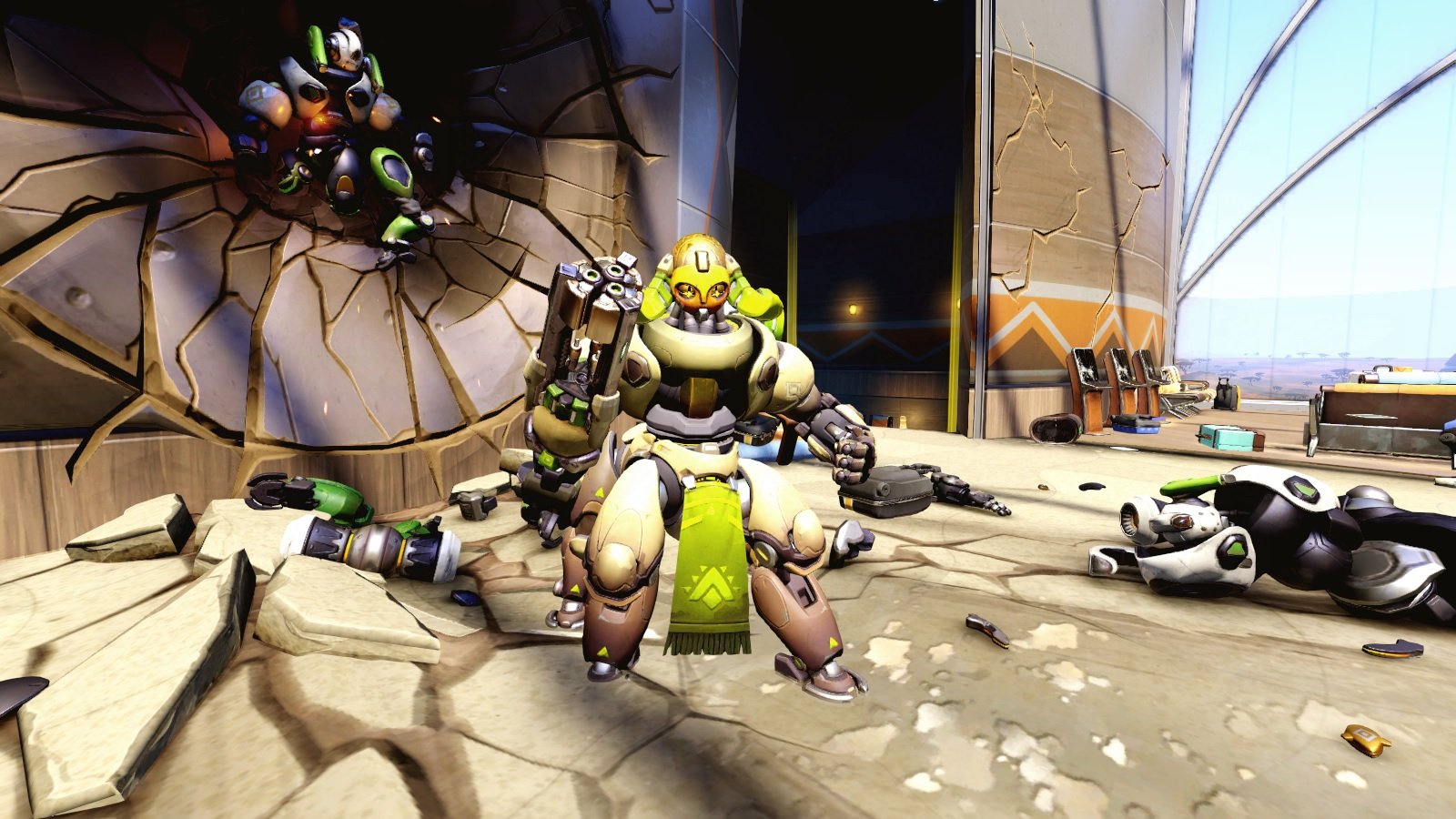 Orisa’s primary weapon is called a Fusion Driver, and it’s a high rate-of-fire gun that holds 200 rounds and can headshot for double damage. It provides decent damage and is reasonably accurate at range. She slows down slightly while firing, not unlike D. Va or the Heavy from Team Fortress 2. Unlike either of those characters, however, Orisa’s gun fires a stream of small projectiles, not hitscan bullets. You’ll need to lead your fire a little when trying to take out a Pharah at range.

Her alternate fire sends out a miniature gravity pulse that can be detonated by hitting the same alt-fire button when it gets to where you want it. The gravity pulse is called “Halt,” and her emotes and highlight intros play up the crossing-guard element of this ability. Detonating the pulse sucks in any enemies nearby, and with some skill can be used to pull them out of cover or into an environmental hazard. It’s also great for knocking someone out of an advantageous position on high ground. The pulse can be deflected by Genji but it had no effect on Pharah’s ultimate, so you wouldn’t be able to make her shoot a wall and kill herself. Being on the receiving end of one of these pulses can be a little disorienting, and your movement is slowed for a moment after you get pulled by one. 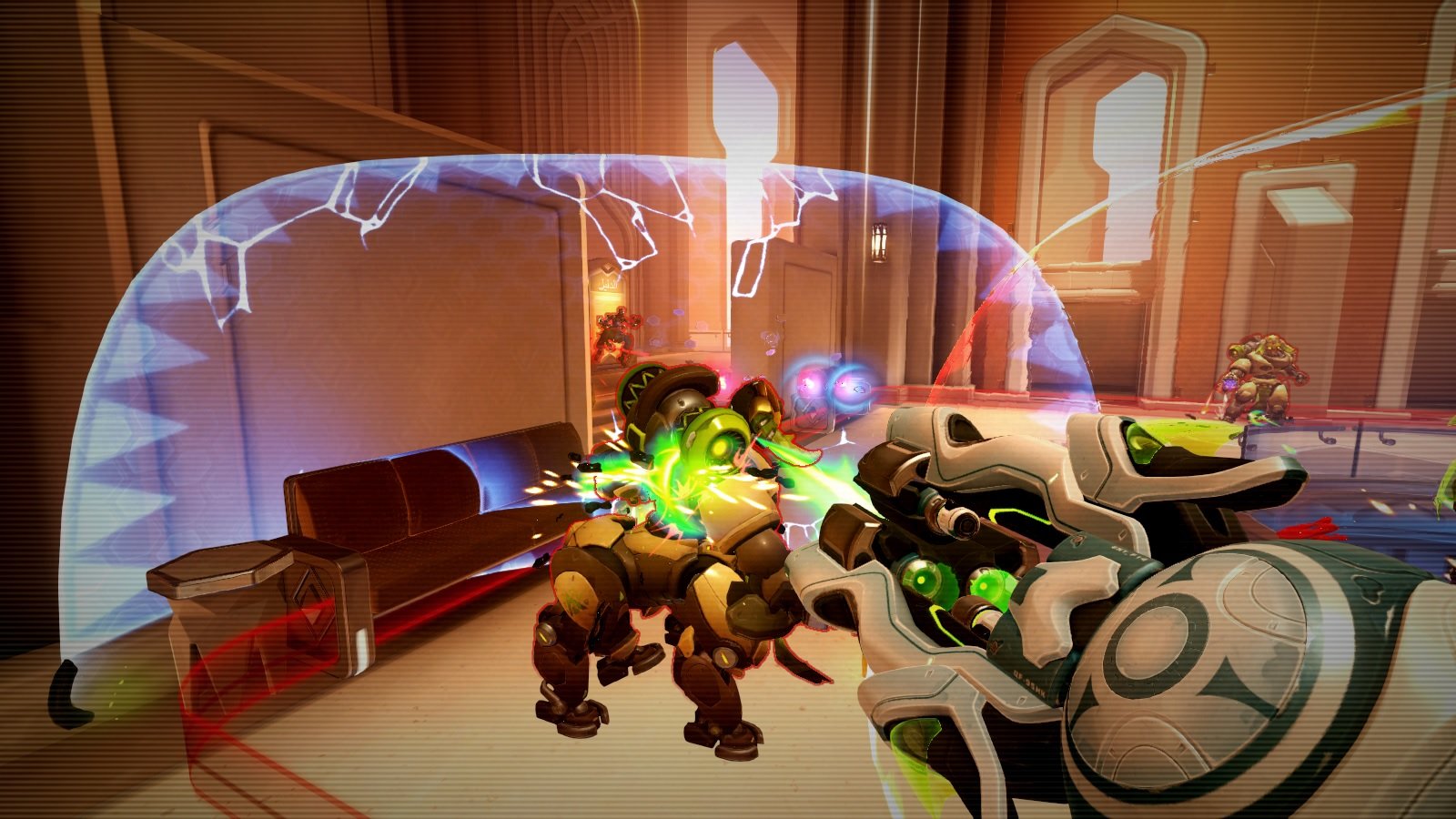 The main ability that makes Orisa a tank is her deployable protective barrier. This can be thrown a fair distance away, and is shaped something like a soccer goal. Once it’s down it can’t be moved, and you’ll have to wait 12 seconds to send out another one. The barrier has 900 HP,  and acts the same as Reinhardt’s shield or Winston’s barrier. This means Rein’s Fire strike and Symmetra’s alternate fire will pass through, but not much else will. The barrier is thrown a bit like Junkrat’s trap, but it has better range so you can place it more or less wherever you like. The current barrier’s remaining hit points are shown on your heads up display, and it gets cracks in it when it has half HP or less remaining. The shape does leave the team somewhat vulnerable to aerial assaults, but does a great job of protecting chokepoints or allowing the team to advance by providing temporary cover. As always, try to take the high ground and you’ll have a much better chance of success.

In addition to the barrier, Orisa can use Fortify to avoid crowd-control effects. When she uses this ability, her character model gains a golden sheen for five seconds and she takes significantly less damage while it’s active. The sheen recharges ten seconds after use, and you can tell when it’s active because she’ll hold her left arm up in a protective gesture. Fortify also makes her immune to stuns, sleep darts, movement impairing effects, and anything that would bounce her around, like Pharah’s concussive rocket or Lúcio’s sonic blast. This is extremely powerful, and testing showed that it can be used to shake off the effects of Mei’s Blizzard or even walk right out of Zarya’s Graviton surge. If you’ve already been frozen solid, knocked down or otherwise incapacitated Fortify won’t help you, so knowing when to use it is vital. Think of it as sort of a tank version of Reaper’s wraith form, though she can continue firing and use other abilities while it’s active. 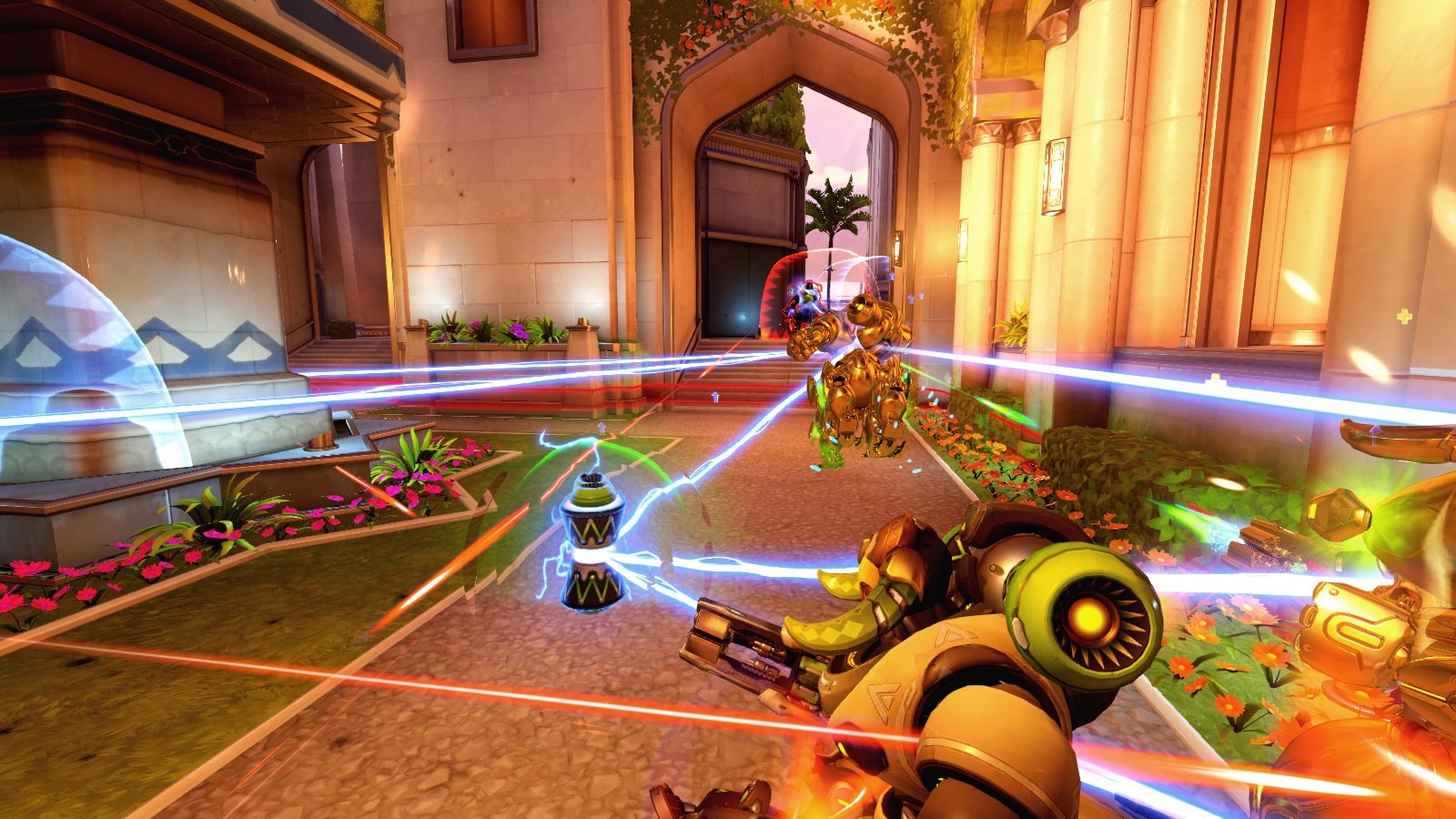 Finally, Orisa’s ultimate ability is Supercharger. When it’s ready, she takes the drum apparatus off of her back and sets it down wherever she’s standing. The drum provides all team members within 25-30 meters a damage boost, similar to the alternate fire on Mercy’s staff. As Jordan said, positioning this correctly is the key to getting value out of it, since the drum needs line-of-sight to boost a team member. If you leave the sightline (by going around a corner, for instance) the buff will remain for a moment, but you’ll have to be able to see it to maintain the buff. The drum lasts about ten seconds, less if the enemy team prioritizes destroying it, though it does seem to have a reasonable amount of hit points.

Orisa seems like a cross between a Tank and an Attack character, especially if you can land headshots with her Fusion Driver. She’s somewhere in between Reinhardt and Zarya in terms of how difficult she is to play, but she has a huge range advantage over most of the other tanks, outdistancing all but D. Va. She’s a lot of fun to play, and I hope she’ll be added to the live game sooner rather than later.