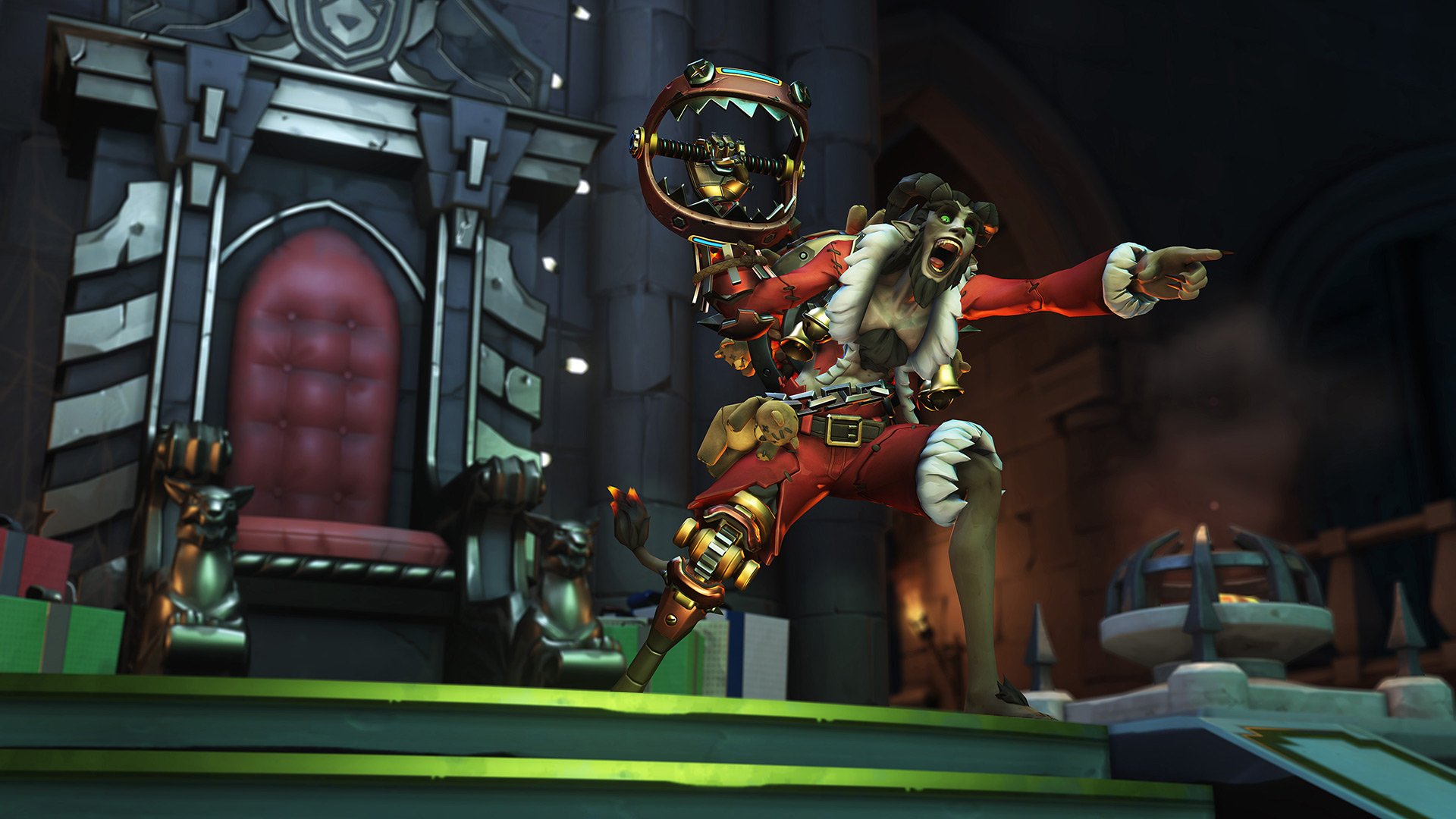 Junkrat is the MVP

The Winter Wonderland 2018 skins for Overwatch are mostly themed around winter sports. They’re okay if you’re into grounded designs, but I prefer the more out-there stuff. I wasn’t really feeling them. There’s one big exception, though, and that’s Krampus Junkrat. I must have it before the event ends.

The best Overwatch skins heighten character traits, and I think that’s absolutely true of this Krampus makeover. If Junkrat is annoying to die to, then Krampus Junkrat will be downright infuriating.