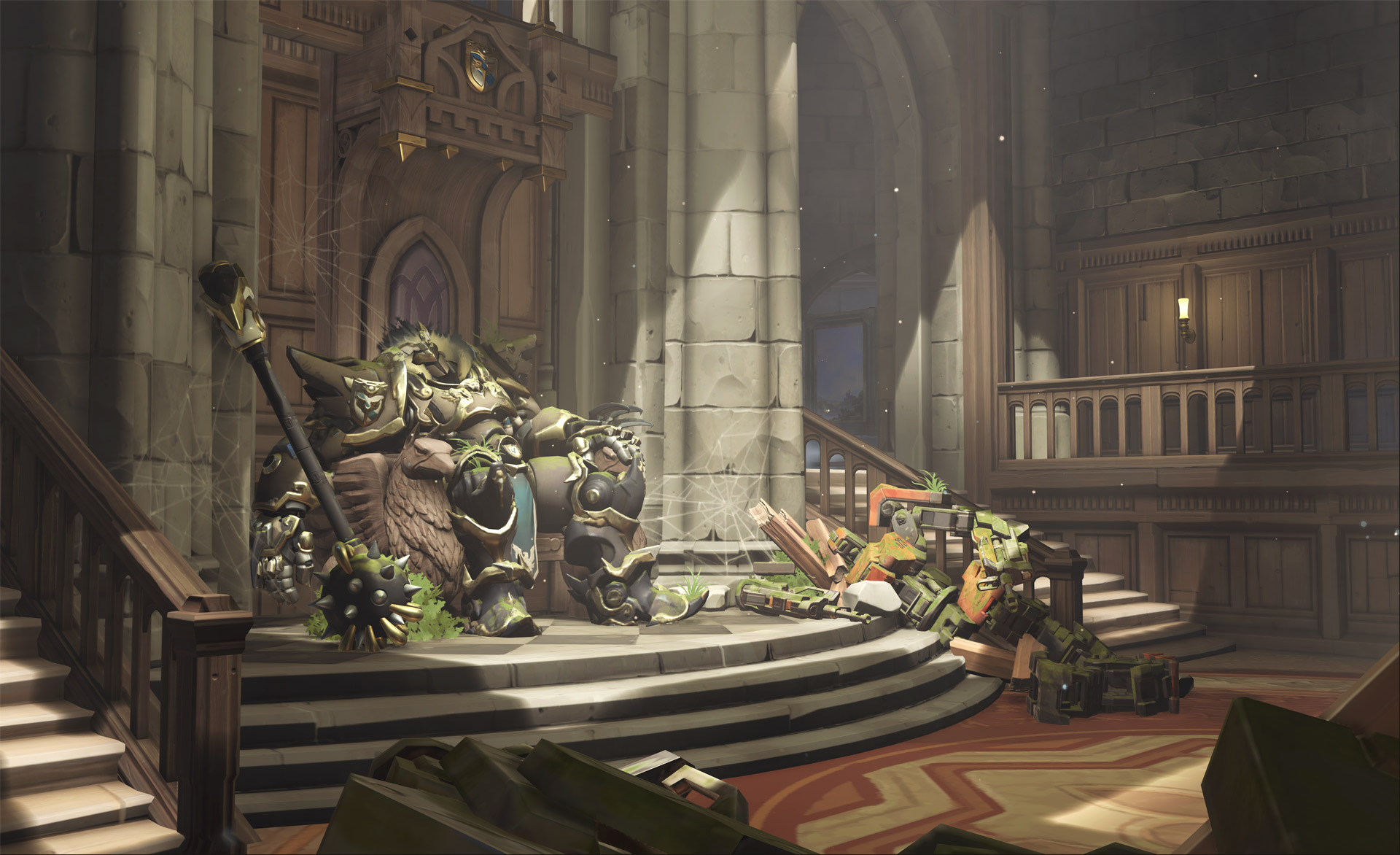 New characters are nice and all, but what I’ve really wanted for Overwatch is more maps. Blizzard is delivering next month with Eichenwalde, an Assault/Escort hybrid map where the attacking team will work its way through a German village and escort a battering ram straight into Eichenwalde Castle.

There’s some world-building history to this map, too: “The site of one of the most famous battles during the Omnic Crisis, it was here that the leader of the Crusaders, Balderich von Alder, and a handful of his best soldiers made a last stand against an advancing automaton army. Outnumbered and outgunned, they were ultimately slain during the resulting combat. However, thanks to their valiant efforts, the German military was able to push back the omnic offensive and win the fight.”

That would explain all of those Bastion-looking bots gathering rust. Speaking of, he’s getting his own animated short, “The Last Bastion,” and it’s set to debut online Thursday morning.

This surely doesn’t need to be said, but a von Alder skin for Reinhardt would hit the spot. I can already tell we’re going to get quick matches with full teams of the character, so why not look the part?