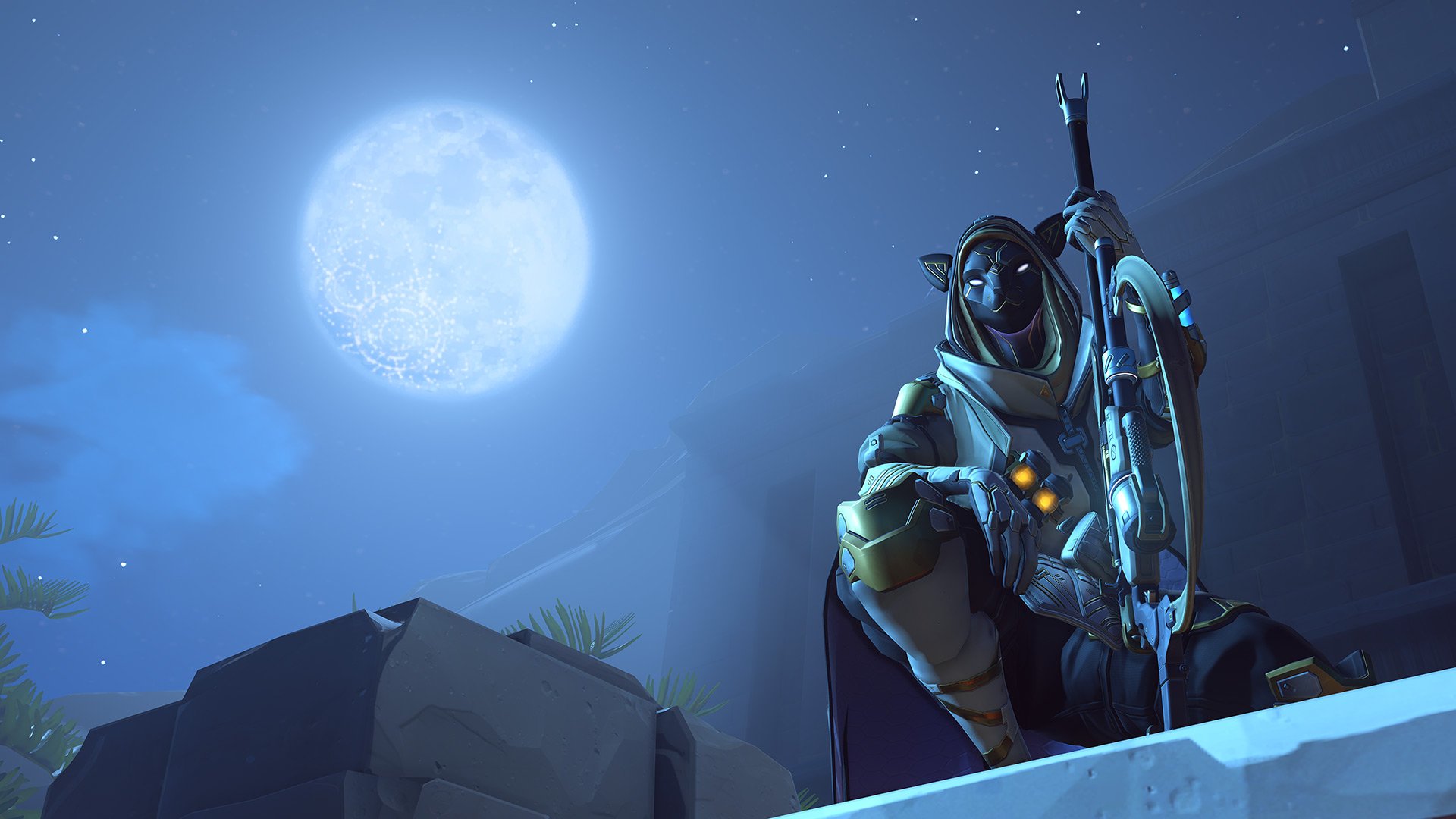 Earn the Bastet skin by January 21

Coinciding with the official “Bastet” short story detailing Ana’s past in Cairo, Overwatch has begun an in-game tie-in event with cosmetic rewards up for grabs. Similar to the D.Va Nano Cola Challenge, players will need to accrue nine wins in Quick Play, Arcade, and/or Competitive to take home every available prize. Ana’s Bastet Challenge runs from today until January 21, 2019. That should be plenty of time.

The outfit is one of Ana’s best yet, to the point where I think I’ll need to retire her hoodless Merciful look. I thought the day would never come! Still, there’s something to be said about standing out. Everyone who participates in the event is going to want to put on the Bastet mask, at least temporarily.

To quickly run through the Ana’s Challenge rewards, you’ll need:

There’s also an incentive to watch Twitch streamers play Overwatch. By tuning into participating streamers for two, four, or up to six hours, you can earn a total of five new sprays as Twitch Drops.

You’ll need to link up your Battle.net and Twitch accounts to get the Twitch Drops. Blizzard has a schedule of who’s streaming when, and it basically boils down to one stream per day until January 21.

As it happens, I’m still using that gnarly Nano Cola skin for D.Va and I’ll probably swap to Bastet for Ana once I get my nine wins over the next week or so. The more of these challenges, the better. They help shift players’ attention to a particular character and cool skins are an especially enticing call to action.