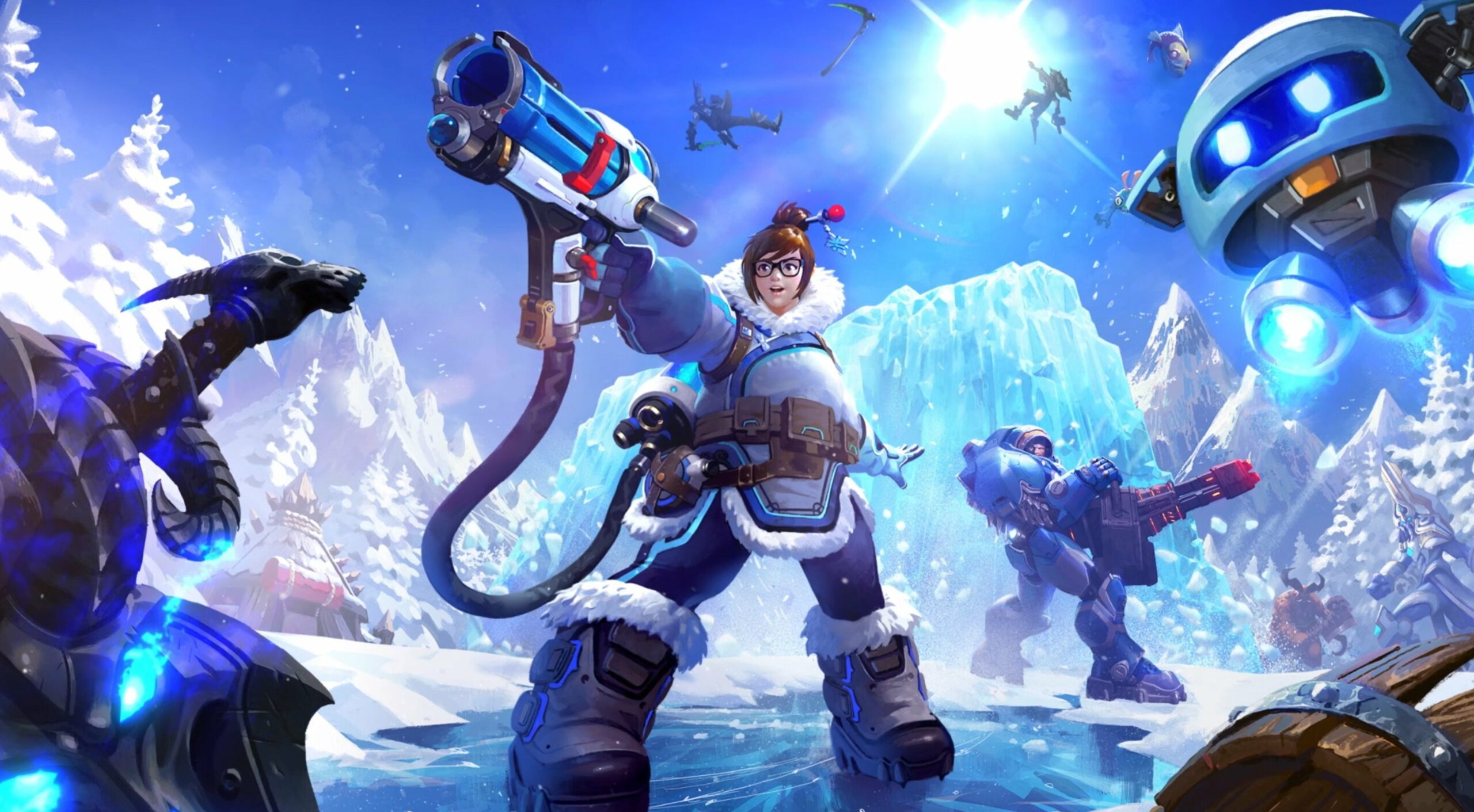 Alongside of a new event and another anomaly

Welp, the mad people over at the Heroes of the Storm Reddit did it: they predicted the next character with blazing accuracy.

Although the recent unexplained bout of in-game snow could have been teasing any number of chilly heroes, Mei was the top guess, backed by the “same snowflake theory.” That was all spot on, as Blizzard has confirmed to Destructoid that Mei is coming, and will be live on the PTR today in fact. Described as a “versatile warrior,” she’ll also be accompanied by a new Nexus Anomaly (read: temporary or long term rulesets that change the game) that involves weather alterations.

Each battleground has a temporary weather effect that can buff heroes, and given that her character is well-versed in climate changes, it makes a lot of sense. Nexomania, the wrestling-themed event that Heroes held in the past, is also making a return, with Mal’gaucho Mal’ganis at the helm.

The addition of Mei is a monumental event for Heroes. We haven’t had a new hero reveal since October 2019, and we haven’t had a new Warrior in a long, long while. This game is still very much alive, and if Blizzard can get more lapsed Overwatch fans to check it out, it’ll be bumping for the rest of the summer. Mei will make her proper debut in the live version of Heroes on June 23.

You can find her full ability and talent rundown below!

A brilliant mind with a sunny disposition, Dr. Mei-Ling Zhou joined Overwatch to help solve the world’s growing climate problems. Armed with a host of weather-altering technologies, Mei nowfights to protect her friends and secure a future for a troubled world.

*Cryo-Freeze
o Mei encases herself in ice, gaining a rapidly decaying Shield that absorbs up to 1104
damage. While active, this Shield grants Unstoppable and restores up to 35% maximum
Health.
*Cooldown: 40 seconds.

* Blizzard [W]
o Command Snowball to create a blizzard at the target location for 2 seconds. Enemies
within the blizzard take 13 damage every .25 seconds and are Slowed by 7%, stacking up
to 35%. When the blizzard ends, enemies within its area take an additional 75 damage
and are stunned for 1.25 seconds.
* Cost: 70 Mana.
* Cooldown: 14 seconds.

* Icing [E]
o Slide quickly in the targeted direction. When this effect ends, enemies near Mei are
knocked back, take 52 damage, and are Slowed by 80%, rapidly decaying over 1.5
seconds.
* Cost: 70 Mana.
* Cooldown: 14 seconds.

o After .5 seconds, roll a massive snowball that consumes enemy Heroes in its path. At the
end of its path, the snowball crumbles, releasing the consumed Heroes, dealing 220
damage and stunning them for .5 per Hero consumed.
*Cost: 70 Mana.
*Cooldown: 65 seconds.

o Ice Storm [W]
* Every 3rd hit of Blizzard against enemy Heroes deals an additional 45 damage.
Blizzard’s final stun damage is increased by 125% against all enemies.

Level 4
o Slushball [Q]
* Snow Blind deals 50% increased damage and Structures hit are disabled for 3
seconds.
o Cold Front [E]
* If Mei enters her own Blizzard while Icing is active, the cooldown of Icing is
reduced by 7 seconds and she gains 50 Mana.

o Crystallize [Trait]
* Reduce the cooldown of Cryo-Freeze by 15 seconds. Mei gains 50 Spell Armor
while Cryo-Freeze is active and for 2 seconds after.

Level 7
o Induce Hibernation [W]
* Enemy Heroes inside of Blizzard’s area have their damage dealt reduced by 40%.
When Blizzard ends, enemy Heroes within its area gain this effect for an
additional 4 seconds.

o Skating Away [E]
* When Icing ends, grant Mei and nearby allies 20% Movement Speed and 50
Physical Armor for 3 seconds.

o Backup Battery [Active]
* Activate to remove all Roots and Slows and regenerate 20% of maximum Health
over 2 seconds. The cooldown of this ability is reduced by 10 seconds each time
Mei picks up a Regeneration Globe.

o Polar Vortex [Passive]
* Using an ability causes Mei to deal 24 damage a second to nearby enemies for 4
seconds. Enemy Heroes damaged by this effect also have their movement and
attack speed Slowed by 20%.

o Acclimation [Passive]
* Each time Mei Slows or Stuns an enemy Hero, the damage she deals and healing
she receives is increased by 1%, stacking up to 20 times. While at maximum
stacks, Mei also gains 10 armor. Lasts 8 seconds.

Level 20
o Cascade [R1]
* Reduce the cooldown of Avalanche by 25 seconds. While traveling, Avalanche
constantly launches a volley of untalented Snow Blind snowballs ahead of itself.

o The Big One [Q]
* Every 15 seconds, your next Snow Blind has 66% increased area and 200%
increased damage.
o Flash Freeze [Trait]
* Upon taking fatal damage, Mei instantly gains Cryo-Freeze. This effect has a 180
second cooldown.