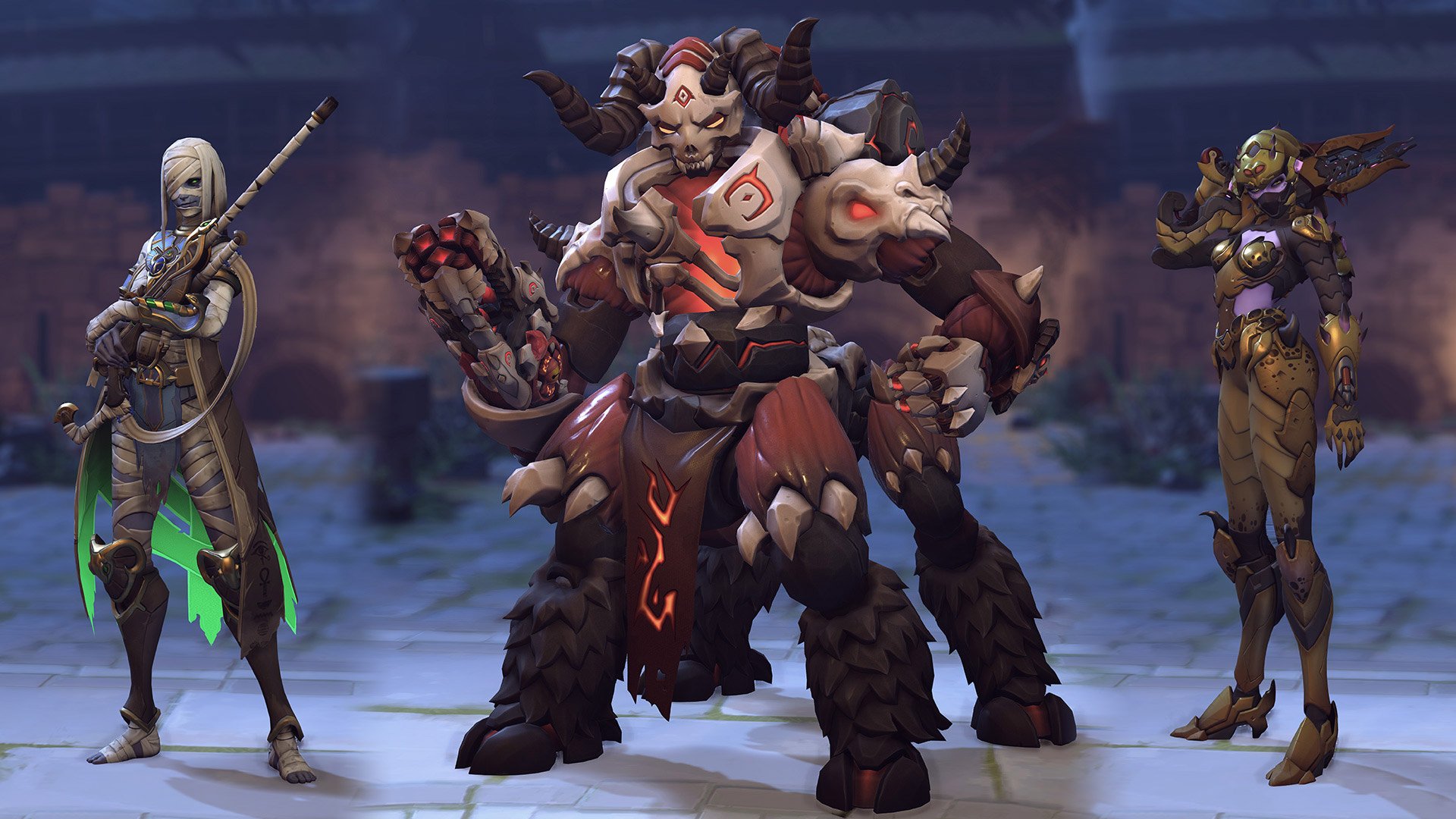 The Halloween event is live now through November 4

Coinciding with Overwatch‘s Nintendo Switch release today, Blizzard has begun the Halloween Terror 2019 event on PC and consoles. If you’re in it purely for the skins, there are eight new looks, two of which – Inferno Junkrat and Vampire Baptiste, as well as Demon Hunter Sombra – are earnable as guaranteed unlocks through Weekly Challenges. You’ll just need to pile up nine wins for each of ’em.

You’ll also get an exclusive icon and spray during each week at three and six wins, respectively.

If the name Demon Hunter Sombra rings a bell, that’s because the Diablo-inspired skin used to be a BlizzCon exclusive. Blizzard bundled it in with $50 Virtual Tickets in 2018. Clearly, patience pays! For BlizzCon 2019, the Overwatch team is turning to World of Warcraft with Illidan Genji and Tyrande Symmetra. I wonder how many of us will still be playing a year from now. I honestly don’t know!

As for the other new skins, Halloween Terror 2019 includes Demon Orisa, Pharaoh Ana, Scorpion Widowmaker, Warlock Ashe, Will-o’-Wisp Tracer, and Gorgon Lúcio. Otherwise, it’s kind of business as usual for the event. The PvE mode Junkenstein’s Revenge is back again until November 4, 2019.

The other benefit of logging in? You can pick up Halloween Terror skins from prior years – including Witch Mercy, Swamp Monster Doomfist, and Jiangshi Mei – at a discount. Dropping 1,000 credits on a seasonal skin is way more manageable than the initial 3,000 credit cost. I always wanted Slasher: 76.

There are balance changes in patch 1.41, too. Some highlights: Roadhog has slightly better poke potential (his Scrap Gun ammo count is up from five to six), Winston’s Barrier Projector is beefier (from 600 health to 700, and a change in duration from six seconds to nine), and Lúcio can bust a move faster than before (his speed-boosting Crossfade and Amp It Up abilities have both been buffed).

Some of the new skins are cool and all, but I’m not exactly in the mood for Overwatch right now.